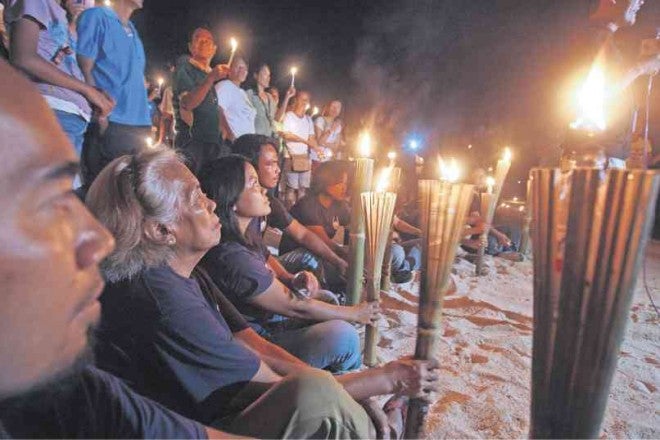 BANTAYAN, Bantayan Island, Cebu —Rafaela Mansueto, 60, went to the town plaza on Saturday to listen to the speeches of local officials during the commemoration rites for the first anniversary of the onslaught of Super Typhoon “Yolanda.”

Mansueto said she thought she was going to hear some good news about the shelter assistance that she would receive from the government. Instead, what she heard were requests to “wait patiently.”

Mansueto’s family is among the 7,681 families supposed to receive P10,000 each in ESA for their damaged house. At least 9,969 families have yet to receive assistance for their destroyed houses.

Mansueto said she had to borrow P10,000 to repair her house in Barangay (village) Binaobao in Bantayan town, which was badly damaged on Nov. 8, 2013, when Yolanda hit the island located at the northern tip of Cebu. 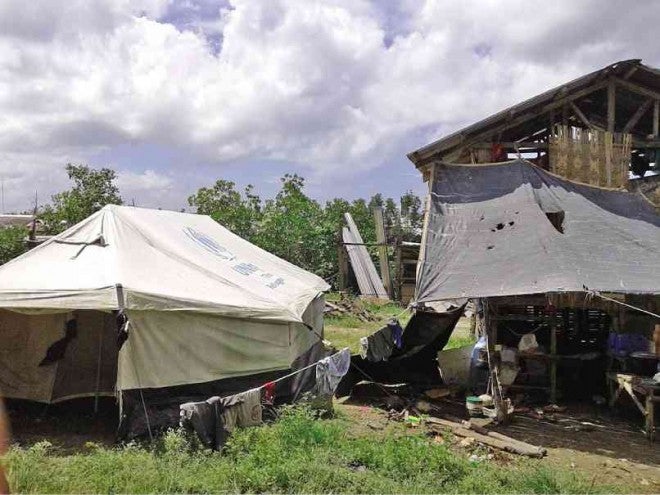 THIS tent in Barangay Bantigue, Bantayan town, served as the home of Teodula Pastrano, who was able to build a shack beside it after a few months. But when it rains, the Pastrano family still seeks refuge in the tent. PETER L. ROMANILLOS/CEBU DAILY NEWS

If she waited for the government’s help, she would have no place to sleep, she added.

She said they had been waiting for the assistance for a year now but government officials were asking them to wait some more.

“How can we recover? We tried to rely on the government, but no help came. Nothing will happen if we continue to wait,” she added.

Her concern now is her two children, whose houses in Binaobao are still in disrepair a year after the super typhoon hit 15 towns and one city in northern Cebu.

Mansueto’s gripes are shared by her neighbors, who have yet to receive their ESA from the DSWD.

Gov. Hilario Davide III backed Mayor Escario’s call for understanding. “Our job is not yet finished. We have been following up (our requests) in Manila,” he said.

He said funding for shelter assistance had been approved and it was just a matter of releasing the money. “Please be patient. We are doing our best,” he said.

Aaron Pedrosa of Sanlakas said they held a protest action on Saturday to press the government to act immediately.