UNA wants to make it official–it’s a party

MANILA, Philippines–Less than two years before the 2016 presidential elections, the nominally oppositionist United Nationalist Alliance (UNA) of Vice President Jejomar Binay has officially applied to the Commission on Elections (Comelec) to become a registered political party. 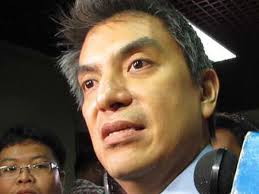 In a petition dated Nov. 5, UNA president and Navotas Rep. Tobias Tiangco asked the Comelec to recognize UNA as a national political party with all the rights pertaining to it.

UNA was only accredited by the Comelec back in 2012 as a “political coalition” between the Pwersa ng Masang Pilipino (PMP) of Manila Mayor Joseph Estrada and the Partido Demokratiko Pilipino-Lakas ng Bayan (PDP-Laban) of Binay.

Under Section 60 of the Omnibus Election Code, registration with the Comelec is a necessary step for a political party to acquire a juridical personality and entitle it to the rights and privileges granted to political parties.

The Binay camp recently launched UNA as Binay’s political party for his 2016 presidential run, taking the name of the political coalition formed by several opposition parties in 2013.

According to its petition submitted to the Comelec, UNA “is an organized group of Filipino citizens from all over the country for the purpose of building a fair and just society, where the benefits of progress are spread widely to all.”

“It has adopted a pro-poor governance and ideology platform that will govern its principles and policies for the general conduct of government,” said the petition.

UNA’s bid to become a political party came amid allegations hurled against Binay, who is UNA’s standard bearer in the 2016 presidential election.

Binay is being investigated by a Senate blue ribbon subcommittee on charges of corruption during his term as mayor of Makati City.

Binay has denied the allegations, saying these were only meant to derail his presidential bid.