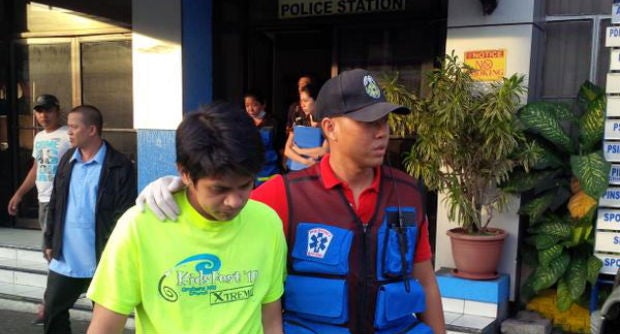 Members of the Quezon City Bureau of Fire Protection rescued a man who climbed atop the roof of the Metro Rail Transit station at GMA-Kamuning. ERWIN AGUILON/RADYO INQUIRER 990AM

MANILA, Philippines — Hours before the morning rush hour slowed down traffic along Edsa, one man decided to perk it up and create a scene in one of the Metro Rail Transit stations along the thoroughfare.

According to radio reports, a man climbed atop the roof of the GMA Kamuning Station of the MRT Wednesday dawn, slowing down traffic in the southbound portion of Edsa.

The man was apparently having problems with his marriage and decided that climbing the train station’s roof could clear his head.

Personnel from the Metropolitan Manila Development Association convinced the man to come down while members of the Bureau of Fire Protection set up an inflatable cushion if the man decides to jump.

BFP Quezon City personnel eventually rescued the deranged man and turned him over to the Quezon City Police District 10. 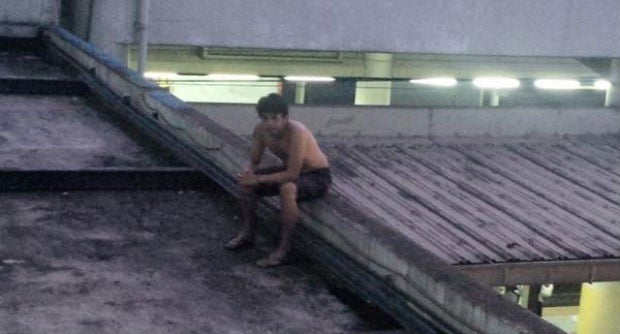 A man climbed atop the roof of the Metro Rail Transit station at GMA-Kamuning. ERWIN AGUILON/RADYO INQUIRER 990AM