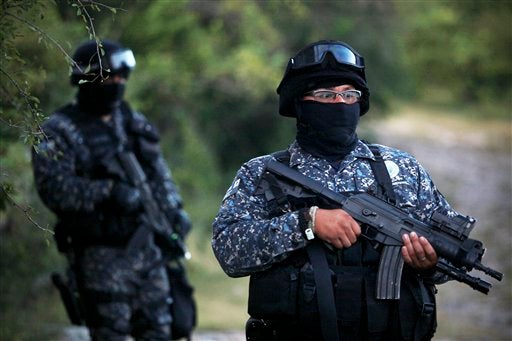 Mexican navy marines and officers belonging to the Attorney General’s Office, guard the area where new clandestine mass graves were found near the town of La Joya, on the ouskisrts of Iguala, Mexico, Thursday Oct. 9, 2014. AP FILE PHOTO

MEXICO CITY — Mexican authorities say the mayor of a southern town ordered a police attack that resulted in six deaths and the disappearance of 43 students who remain missing weeks later.

Attorney General Jesus Murillo Karam said Wednesdsay that Iguala city police received an order that they said came from Mayor Jose Luis Abarca to prevent the students from disrupting an event at which Abarca’s wife was presenting a report.

Both the mayor and his wife are now fugitives.