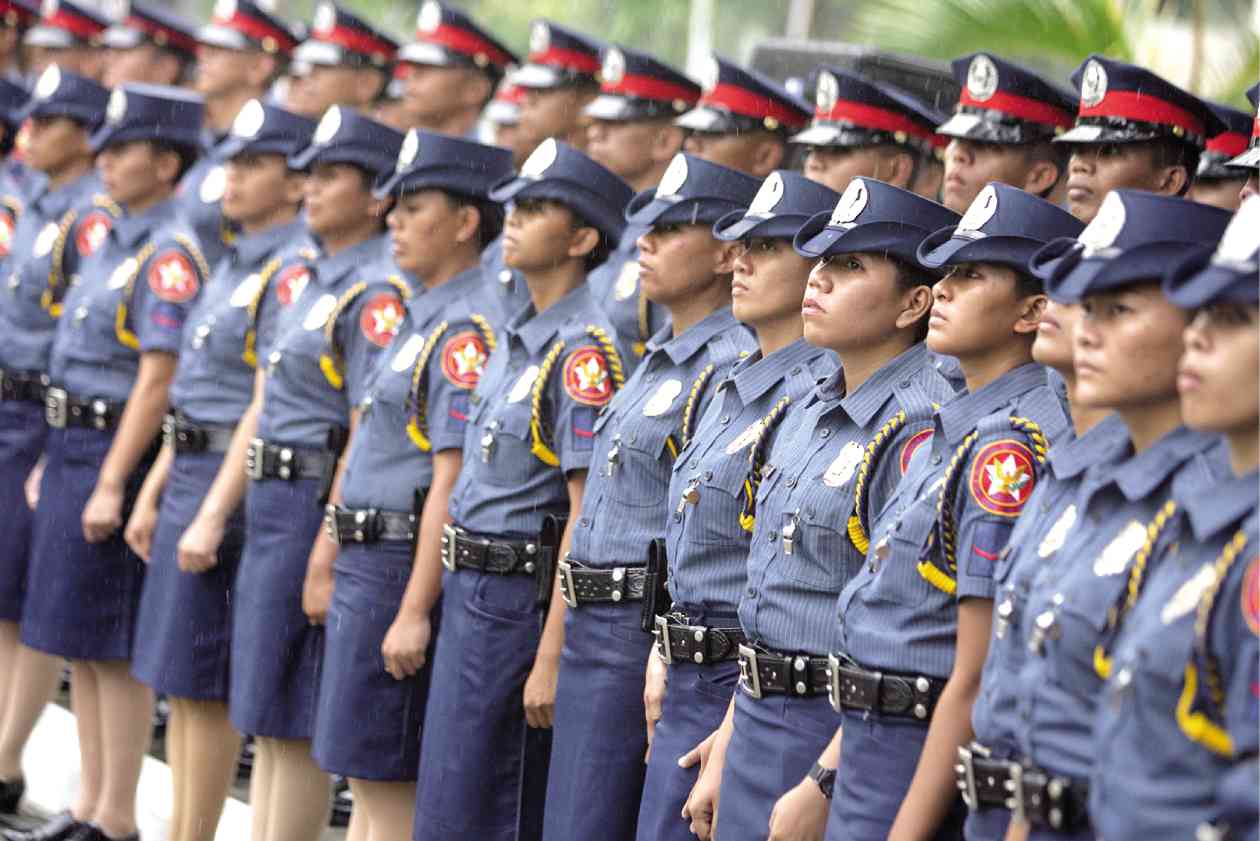 MANILA, Philippines—Philippine National Police (PNP) spokesperson Senior Supt. Wilben Mayor on Friday said the PNP has been placed on heightened alert status as of Thursday, but this has nothing to do with the United States’ recent travel advisory.

“This (heightened alert status) is part of protocol whenever the President leaves the country,” the official told reporters in a press briefing in Camp Crame.

On Thursday, President Benigno Aquino III flew to Indonesia for the two-day 7th Bali Democracy Forum, where he was awarded the “Star of the Republic of Indonesia.”

That same day, the United States embassy warned its citizens to be alert following the arrest of three men allegedly linked to terror groups.

The suspects, Ricardo Ayeras, Andrecio Valdez Manuel and Ricky Macapagal, were apprehended last Oct. 5 at a checkpoint along Roosevelt Avenue in Project 7, Quezon City. They were allegedly linked to the terrorist Rajah Solaiman Movement.

The three were arrested for possessing a hand grenade, falsification of public documents, riding without helmet and license, and concealing true name.

Mayor said the travel advisory is part of procedural actions of a foreign government to protect its citizens.

“It is their responsibility to inform their citizens on the prevailing environments of countries. We also do the same to protect our countrymen,” the official said.

Mayor said the PNP has not received any terrorist threat in Metro Manila.

“But again, we do not discount the possibility that this situation is being exploited by other persons,” he said.

The Armed Forces of the Philippines said it is still verifying the information mentioned in the US travel advisory.

“It is still safe here in Metro Manila, there is no need to panic. We are doing our best to find out if there is really a threat but as of now, we have not received any report,” said AFP Chief Gen. Gregorio Pio Catapang Jr.

The AFP chief said the Rajah Solaiman Movement has already been neutralized.

Catapang said the military is also verifying if the terrorist group has connections with the Islamic State of Iraq and Syria.

Department of National Defense spokesperson Peter Paul Galvez said they are treating every report “with the utmost seriousness.”

“It has always been the practice of the US State Department to issue advisories pertaining to possible threats and issues such as this. This is understandable considering their prevailing security posture all over the world,” he added.

The “group of dreamers” behind the foiled bomb plot at the Ninoy Aquino International Airport Terminal 3 has also been “neutralized” and is no longer a threat, Justice Secretary Leila de Lima said on Friday.

De Lima cited information that the group’s recruitment had ceased when government filed criminal charges against three suspects—self-proclaimed United States Armed Forces in the Far East —behind the Sept. 1 incident.

“They’ve already been neutralized, and we don’t see a serious threat or even a minimum level of threat at the moment, because we have already neutralized the supposed self-proclaimed leaders,” De Lima told reporters on Friday.

“This is a group of dreamers… We no longer monitor any activities of that group,” she added.

The Department of Justice (DOJ) last month filed non-bailable charges of illegal possession of firearms and explosives against Grandeur Pepito Guerrero, Emmanuel San Pedro and Sonny Yohanon for the Sept. 1 incident, when they were intercepted aboard a Toyota Revo carrying a pistol, ammunition and four incendiary devices, including prohibited firecrackers.

The attempt was supposedly aimed at venting discontent and seeking the Philippines’ stronger stance towards China over the West Philippine Sea dispute.

The case is now pending at the Pasay Regional Trial Court. The DOJ is anticipating the issuance of warrants of arrest against those charged.

The Department of Foreign Affairs (DFA) on Friday also assured the public, including foreign nationals here, of the government’s continued efforts to ensure security across the country amid the reported bomb plot in Metro Manila, which prompted the United States to warn its citizens on Thursday.

“The issuance of security alert messages for its nationals is normal for any government,” said DFA spokesperson and Assistant Secretary Charles Jose.

PNP: No terror threat in PH