PNP: No terror threat in PH 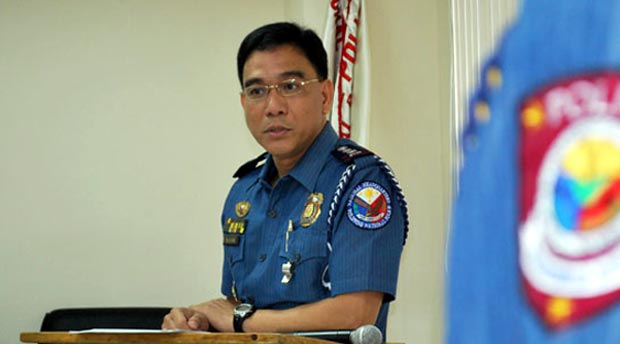 MANILA, Philippines- The Philippine National Police (PNP) on Friday clarified that there is no terrorist threat in the country amid the arrest of alleged members of a terrorist group.

The three were identified as Ricardo Ayeras, Andrecio Valdez, and Ricky Macapagal.

Ayeras was formerly a suspect in the bombing of the Awang Airport in Maguindanao province in 2003.

Mayor, however, clarified that the three were arrested for “simple violation of the law.”

The three were nabbed in a checkpoint for violation of comprehensive firearms and ammunition regulation, falsification of public documents, riding without helmet, riding without license and concealing true name.

Though the PNP issued a heightened alert status Thursday, Mayor said in a press briefing that the heightened security was not connected to the US travel advisory that warns of terror attack.

“The PNP is on heightened alert as part of protocol whenever the president leaves the country,” Mayor said.

President Benigno Aquino III left for Indonesia on Thursday for a two-day forum.

Mayor said the US travel advisory is part of the procedural action of a foreign government.

“It’s a procedural action of a foreign government to protect their own citizen. We also do the same,” he said.

The US issued a travel advisory on its citizens in the Philippines Thursday after the arrest of the alleged terrorists.

Mayor advised the public not to exploit the situation of a possible terror attack.

“Let us not exploit the situation because this brings fear to our citizen especially in Metro Manila,” Mayor said.

He, however, reminded the public to be vigilant.

“We remind the public to remain calm but vigilant,” he said.

He said the PNP is in close coordination with the Armed Forces of the Philippines to monitor possible movements of terror groups in the metropolis.