Duterte has said he wants to retire by 2016 and disowned the “Duterte for President Movement,” which was put up by his allies.

Duterte is coming off a fresh term after having won the 2013 elections. From 2010 to 2013, he was his daughter’s Vice Mayor after having completed three straight terms as Mayor from 2001 to 2010. 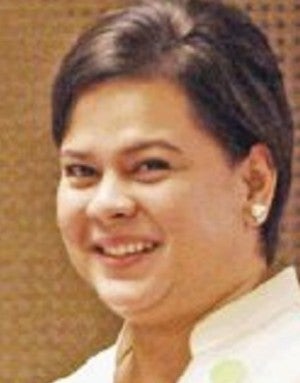 The mayor, who continues to deny any interest in running for president, said his presence at the federalism summit in Cebu should also not be taken out of context as it was not a way to rally support for any presidential ambition.

“I am not the prime mover of federalism in this country,” Duterte said, “As you know, it has been the cause championed by Lito Osmeña. They even sang the national anthem in Bisaya. In Mindanao, (former) Rey Teves started it, I was merely expressing my opinion,” Duterte said.

Duterte reiterated his total lack of interest in running for president, saying even if he were interested, he had no money to spend in a nationwide election campaign and he had no plans of accepting private sponsors.

“I intend to retire, that’s why I’m asking Inday (to run as mayor again),” he said.

Duterte said Sara – who gained national attention by throwing a punch at a court sheriff – was the only person who could maintain “the existing equation” in the city.

Duterte said his daughter was able to prove she could deal with the various different ethnic groups here.