A look at winners of 2014 Nobel Prize in medicine 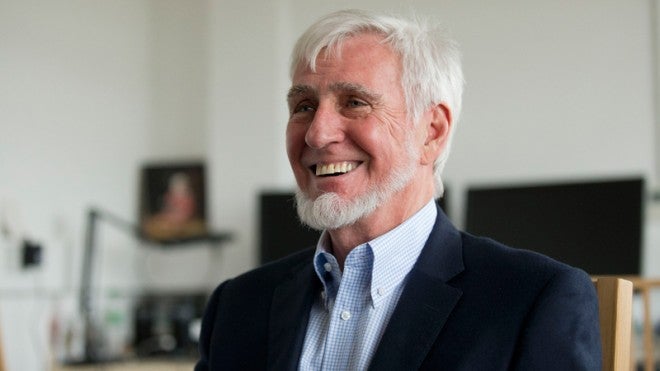 Joint winner of the Nobel Prize for Physiology or Medicine professor John O’Keefe, a dual U.S. and British citizen, speaks as he is interviewed by The Associated Press in an office he uses at the University College London (UCL), in London, Monday, Oct. 6, 2014. The U.S.-British scientist and a Norwegian husband-and-wife research team won the Nobel Prize in medicine Monday for discovering the brain’s navigation system — the inner GPS that helps us find our way in the world — a revelation that one day could help those with Alzheimer’s. The research by John O’Keefe, May-Britt Moser and Edvard Moser represents a “paradigm shift” in neuroscience that could help researchers understand the sometimes severe spatial memory loss associated with Alzheimer’s disease, the Nobel Assembly said. (AP Photo/Matt Dunham)

John O’Keefe, a 74-year-old American-British professor of cognitive neuroscience at University College London; May-Britt Moser, 51, and Edvard Moser, 52, a married team of neuroscientists at the Norwegian University of Science and Technology in Trondheim.

For their discoveries of how rats determine where they are and how to move through the world. That lead to a deeper understanding of how the brain, including ours, creates a map of the environment — essentially an inner global positioning system, or GPS.

O’Keefe’s discoveries had “a dramatic impact on the study of how the brain creates behavior,” the Nobel committee said. Thirty years later, the Mosers’ research in the same field found how activities in so-called grid cells allowed the brain to divide the environment into longitude and latitude, which helps the brain know how far it is from any given starting point.

Together the three scientists were cited for having helped bring about a “paradigm shift in our understanding of how groups of specialized nerve cells work together to execute higher brain functions.” Some say this understanding could eventually revolutionize the treatment of diseases such as Alzheimer’s.

May-Britt Moser said she was in shock after hearing the news.

“This is such a great honor for all of us and all the people who have worked with us and supported us,” she said. “We are going to continue and hopefully do even more groundbreaking work in the future

“This is something we have done and got together. It is really a joint work,” he said. “Not only are we two people but we are complementary as well.”

John O’Keefe said his work could be used as a basis for investigating Alzheimer’s by designing tests to try to pick up the first signs of the disease.

“So we can not only use brain imaging to see the earliest signs of the disease in this part of the brain, but we can begin to see how it is affecting their memory, particularly their spatial memory,” he said.