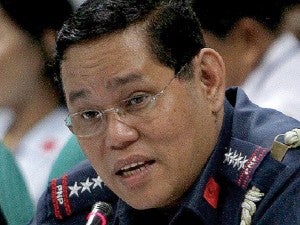 Director General Alan L.M. Purisima of the Philippine National Police served under several police investigation and intelligence units, led various special task forces and was appointed to the top police post in Metro Manila before taking over as PNP chief.

Purisima, appointed as the 18th PNP chief on Dec. 18, 2012, was a member of the Presidential Security Group (PSG) that guarded President Aquino’s family during the military coup attempts on the administration of his mother, the late President Corazon Aquino.

He was the intelligence officer/commanding officer of the PSG in 1987 and was the executive officer of the PSG’s Special Reaction Unit from 1988 to 1989, the latter involving the most serious power grab against the Aquino administration.

He also became a police intelligence officer in Pangasinan and chief of the District Police Investigation Unit of the Western Police District Command of Manila.

In 2002, Purisima served as the chief of Police Anti-Crime and Emergency Response (Pacer) and from 2003 to 2005, he served as the head of the National Anti-Kidnapping Task Force (Naktaf) Strike Force/Pacer.

In the following years, he served as Pangasinan police director, commander of Task Force Anti-Private Armed Groups in Camp Crame, chief directorial staff of the Civil Security Group, executive officer/deputy director of the Directorate for Investigation and Detective Management, and head of the Central Luzon police office.

Purisima, 54, has been dragged in various controversies in the three decades that he has served the PNP.

He was one of the trusted lieutenants of then PNP Director General Hermogenes Ebdane, who was linked to the purported ballot switching during the 2004 presidential elections.

Senior Supt. Rafael Santiago, a former Zambales police director admitted that he and his men took part in the vote-switching operation at the Batasan, saying the order to replace the original election returns kept at the Batasan with manufactured tallies came from Ebdane.

Purisima was reported to have known something about the operation being one of Ebdane’s trusted men. But Santiago later said that he had not implicated Purisima in the alleged ballot-switching operations.

The policy means that if three towns are found to have illegal gambling operations, the provincial director will be removed from his post. Seven video machines were found in Urdaneta City and the towns of Bautista and Alcala by the PNP task force on illegal gambling.

However, Purisima was reinstated the following month after an investigation showed a police raid on an illegal video game operation in Bautista town was “questionable.”

Purisima’s appointment as chief of the PNP was also controversial. In November 2012, President Aquino, while in Laos for the Asia-Europe Meeting, raised the idea of then PNP Director General Nicanor Bartolome retiring early and going on nonduty status before yearend to allow for his early replacement and smooth preparations for the elections.

Bartolome had indicated a desire to retire on March 16, 2013, when he shall have turned 56. But Aquino had said this would be too close to the May elections and it would be too late to appoint a replacement because of the ban on appointments during elections.

Purisima was then reported as Aquino’s choice to be the next PNP chief. In December that year, Bartolome stepped down three months ahead of his retirement. According to officials, the early retirement was to avoid any complications in Purisima’s getting a fourth star as PNP chief.

Had Bartolome been allowed to go on nonduty status, as earlier proposed, he would have kept his four-star rank until his retirement. Purisima would have remained a three-star rank like his subordinates, said Interior Secretary Manuel Roxas II.

“The star does not become available if it’s just nonduty status. There is room for only one four-star official. If it’s nonduty status, there is an awkward situation where the head of the PNP is of the same rank as his underlings,” Roxas said.

The reason given for Bartolome’s being asked to retire early was to allow for the smooth preparations for the 2013 elections. It was argued that waiting for Bartolome to retire in March before appointing a replacement would run smack into the election ban on appointments.

He is married to Maria Ramona Lydia Isidoro Purisima, with whom he has four sons.

In 1995, he earned a master’s degree in public administration from Manuel L. Quezon University. He had also attended foreign training programs and conferences, including the International Association of Chiefs of Police Conference in Chicago in 2011; 30th Aseanapol Conference in Cambodia in 2010; Senior Crisis Management Seminar, conducted by the US Office of Anti-Terrorism Assistance in Maryland, Washington, in 2010; Police Administration and Crime Investigation in Tokyo, Japan, in 2010; and Critical Incident Management Course at the Federal Bureau of Investigation in Louisiana in 2004.

In 2012, he was awarded the Bayaning Likas Parangal at Camp Aguinaldo for his initiatives in assisting the victims of the southwest monsoon that flooded most parts of Metro Manila.–Inquirer Research