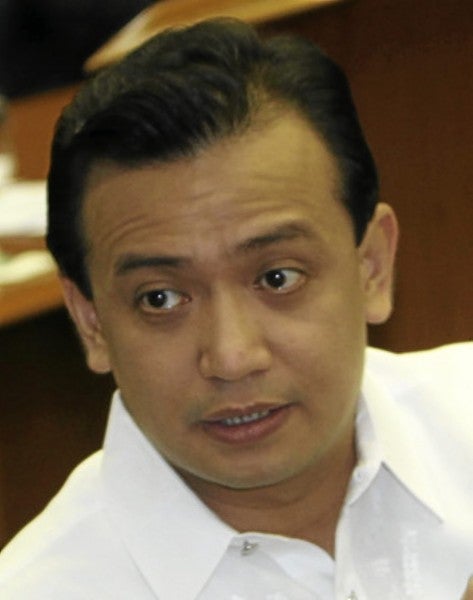 MANILA, Philippines—Senator Antonio Trillanes IV said on Tuesday he would be willing to undergo a lifestyle check along with Vice President Jejomar Binay.

Trillanes said he was prepared to subject himself to the same challenge being demanded of Binay, who has been the subject of allegations of pocketing kickbacks from Makati City’s infrastructure projects.

“I’m willing to undergo a lifestyle check with VP Binay at the same time. I don’t need to conceal anything because I’m not even being accused of stealing government money, whether its PDAF (Priority Development Assistance Fund) or DAP (Disbursement Acceleration Program),” Trillanes said in a statement.

He also said statements daring him to undergo such a check were just intended to divert attention away from the Vice President, who has been unable to effectively counter allegations of corruption hurled against him by his officials when he was Makati mayor.

The United Nationalist Alliance, Binay’s party, earlier said Trillanes and Sen. Alan Peter Cayetano, who have been spearheading the Senate blue ribbon inquiry into Binay’s contracts when he was mayor of Makati City, should get off their high horses and undergo lifestyle checks first.

The two senators have particularly zeroed in on the alleged overpricing of the Makati City parking building.

Earlier, Cayetano dared Binay to waive the secrecy of his bank accounts if he was willing to subject himself to an authentic lifestyle check, one that was not just for show.