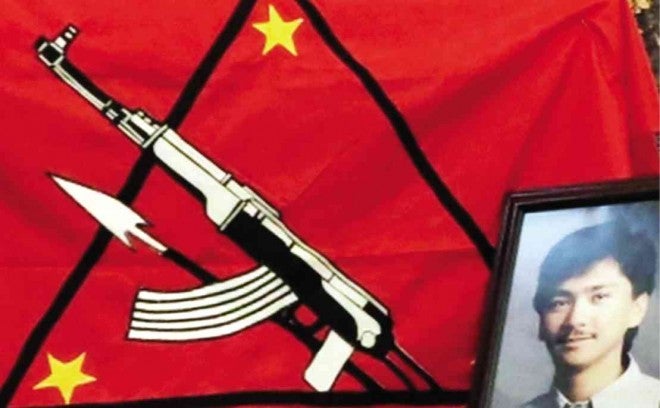 BAGUIO CITY—Congress is looking into allegations that government soldiers violated the rules of engagement when they clashed on Sept. 4 and 5 with communist rebels in Lacub town in Abra province.

On the request of the wife of a slain member of the New People’s Army (NPA), Bayan Muna Rep. Carlos Zarate on Saturday said he and several lawmakers began drawing up a resolution for an inquiry on the combat operations that left a soldier, seven rebels and two civilians dead.

Zarate, on Sept. 25, received a letter from Cynthia Dacanay Jaramillo, who cited an autopsy report from the Cordillera office of the National Bureau of Investigation that suggests her husband, NPA rebel Arnold Jaramillo, was killed “in a brutal and inhumane manner.”

Her letter was sent to several representatives, including Speaker Feliciano Belmonte Jr., whose children were schoolmates of Arnold.

The NBI autopsy report, Cynthia said, indicates that Arnold was riddled with bullets at the back, including a wound that suggests it was from a gun fired at close range.

“If he died in a legitimate gun battle with the AFP (Armed Forces of the Philippines), we would not be raising these issues, as the risk of untimely death was expected given the path [Arnold] had taken,” she said.

The Cordillera Human Rights Alliance (CHRA) is also seeking an investigation on the deaths of Baguio City-based engineer Fidela Salvador and Lacub resident Noel Viste, who were found at the clash site.

The CHRA said Salvador was in the area to visit projects being implemented by Cordillera Disaster Response and Development Services.

But the military’s Northern Luzon Command (Nolcom), in a Sept. 11 statement, said Viste was a civilian caught in the crossfire when rebels attacked a group of soldiers and civilians transporting a slain rebel on Sept. 5.

The Nolcom said Salvador was found dead with the rebels when the firefight ended.

On Sept. 13 at the Philippine Military Academy, the Armed Forces chief of staff, Gen. Gregorio Pio Catapang, said their investigation showed that nothing anomalous happened during the encounters.