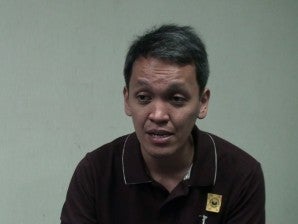 MANILA, Philippines—Just like those in the Senate and the House of Representatives, the ruling Liberal Party members hogged the list of top recipients of the Disbursement Acceleration Program (DAP) funds among governors and mayors.

Bagong Alyansang Makabayan (Bayan) secretary general Renato Reyes Jr. said that the data belatedly released by the Department Budget and Management (DBM) showed a “disturbing pattern” in the release of DAP funds to local government units (LGUs) from 2011 to 2013.

“The DAP was supposed to be used as an economic stimulus fund as claimed by Budget Secretary Florencio Abad. But the actual releases showed that DAP was used as a virtual kitty of the LP from senators to congressmen to governors and mayors,” said Reyes. “That most of the big recipients of DAP were administration allies prove that DAP was indeed presidential pork.”

Reyes noted that DBM mislabeled the top recipients among LGUs as “Mayor Carmen Petilla” and “Mayor Carmen Cari” but he reckoned that the entry was for Baybay City Mayor Carmen Loreto-Cari, the matriarch of the powerful Leyte political clan and an aunt of Petilla. “If the DBM can’t even get the names right, how can it fully report how DAP was used?” asked Reyes.

“All the top LGU recipients were from LP which proved that DAP was used as pork for lawmakers and local government officials. It was a favor for political allies. It was dangled before politicians to ensure loyalty to the administration,” said Reyes.

Little was known of the DAP, purportedly an impounding mechanism for government savings, until Sen. Jinggoy Estrada said that senators received additional pork barrel funds as “incentive” following the conviction of Chief Justice Renato Corona in his impeachment trial in 2012. The Supreme Court has declared the DAP and its legislative counterpart, the Priority Development Assistance Fund as unconstitutional.

In a statement, Abaya maintained that lawmakers were not privy to the source of funds. He also claimed that his DAP funds amounted to only P281 million and not P408 million as claimed by Tiangco.

“The DBM website reflects what requests were granted on these funds. One thing is sure, we never requested projects that were coursed through NGOs. No ghosts no kickback,” said Abaya.