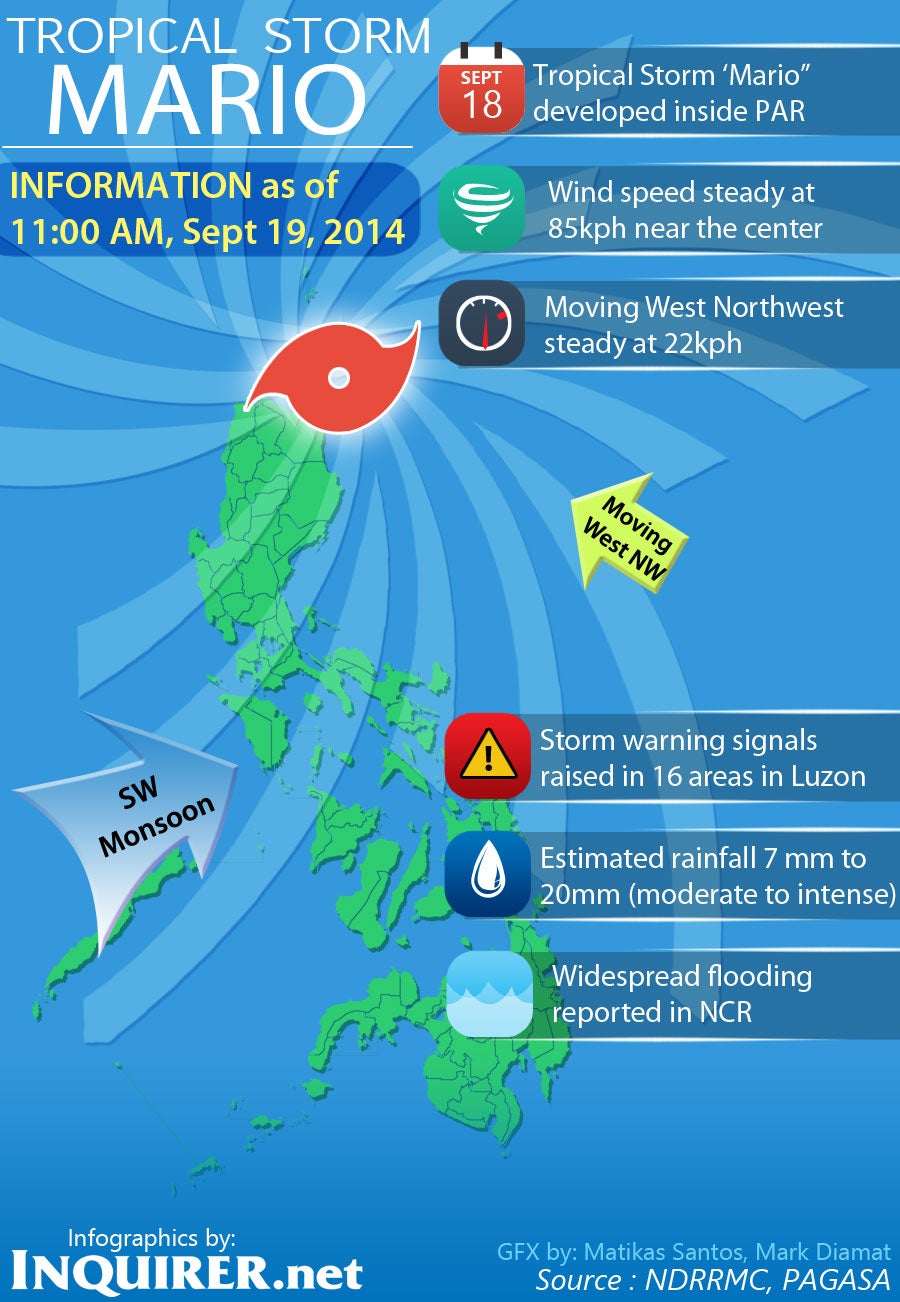 MANILA, Philippines—Tropical storm “Mario” ‎maintained its strength as it made landfall over the northern tip of Cagayan province before noon Friday, the state weather bureau said.

In the latest Philippine Atmospheric, Geophysical and Astronomical Services Administration bulletin, the eye of “Mario” was spotted at 64 kilometers north northeast of Tuguegarao, City at 10 a.m.

It is packing maximum sustained winds of 85 kilometers per hour near the center with gusts of up to 100 kph.

It is moving west northwest of Cagayan at 22 kph.

More provinces were added to the list of areas under Storm Signal no. 2 including Cagayan including Calayan, Babuyan and Batanes Group of Islands, Isabela, Kalinga, Apayao, Mountain Province, Abra and Ilocos Norte.

Gener Quitlong, Pagasa weather forecaster, said “Mario” will not directly affect Metro Manila but that rains would still be felt due to the storm’s combined effect with the southwest monsoon.

‎By Sunday morning, “Mario” is expected to be 680 km north of Itbayat, Batanes as it exits the Philippines. 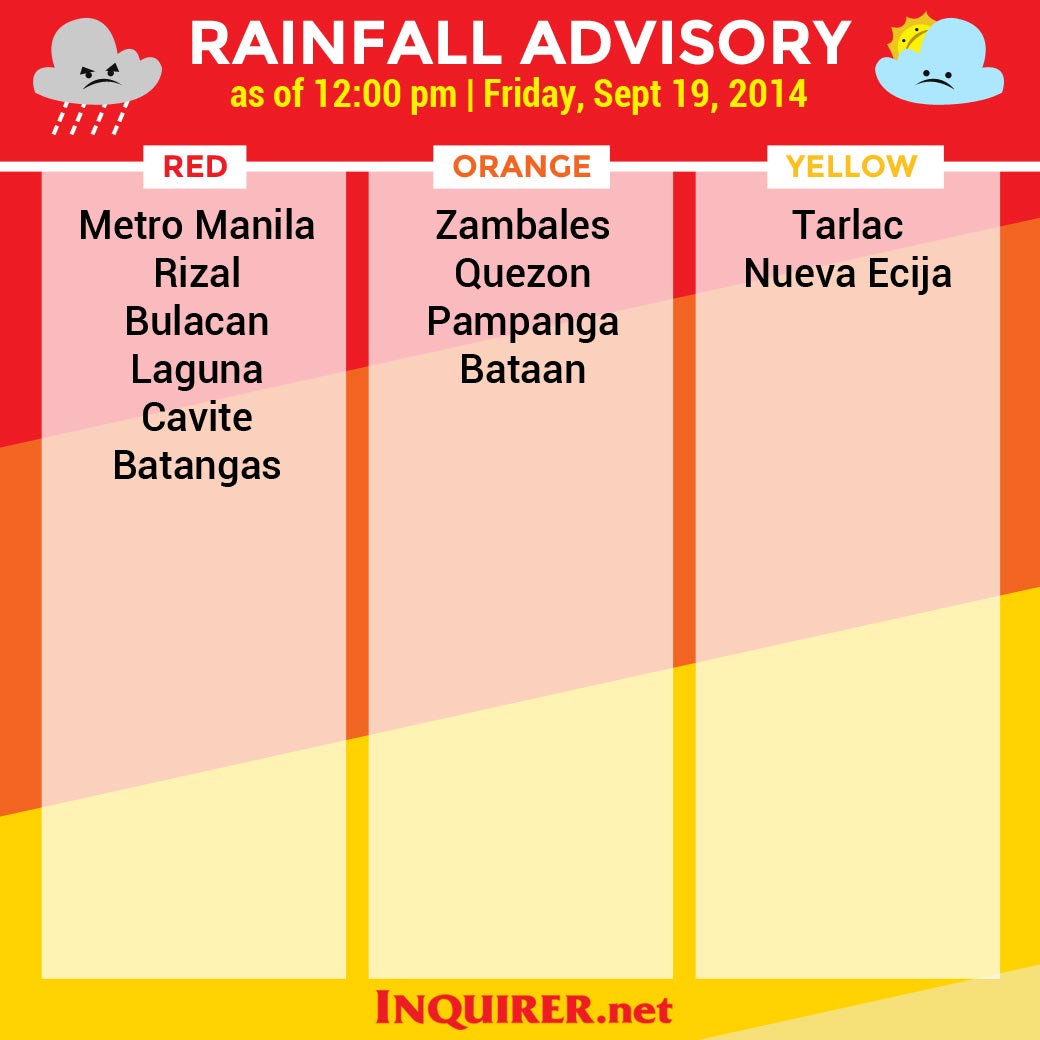 Signal No. 2 up in 9 areas as ‘Mario’ intensifies