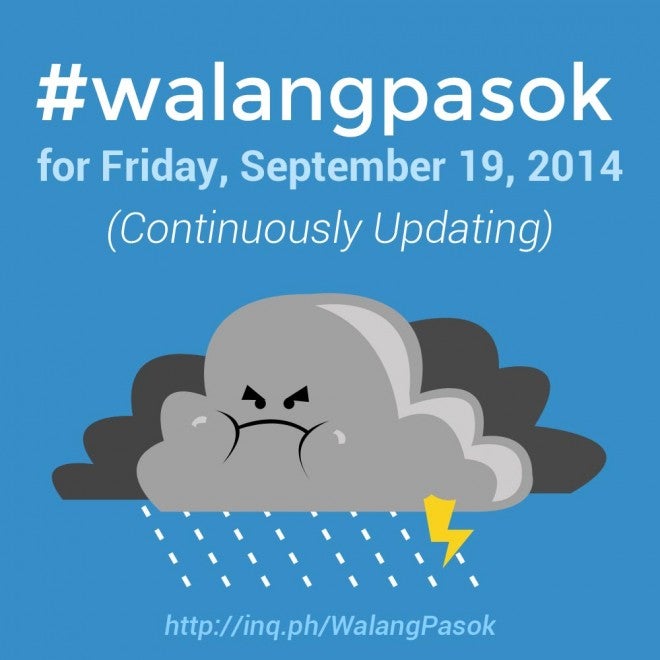 MANILA, Philippines–Metro Manila Development Authority Chairman Francis Tolentino announced over the radio that classes in all levels in both public and private schools in Metro Manila and 16 provinces are suspended on Friday.

Tolentino said he had been authorized to announce the class suspensions by national government caretaker Paquito Ochoa, the executive secretary of President Aquino, who is currently out of the country.

Parts of Metro Manila, particularly Marikina City, were flooded due to heavy rains since before dawn Friday.

The provinces where classes are suspended are: