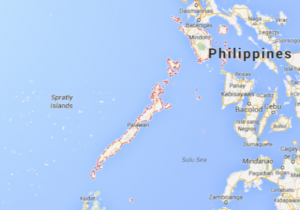 SAN PEDRO CITY, Philippines — Parts of the Mimaropa region embracing the islands of Mindoro, Marinduque, Romblon, and Palawan continued to experience inclement weather Monday even after the passage of Typhoon “Luis.”

Heavy rains were reported Monday morning in Occidental and Oriental Mindoro provinces, particularly the town of Roxas, as well as on Culion island in Palawan, according to the Regional Disaster Risk Reduction and Management Council.

The downpours over the weekend also resulted in landslides and floods.

A fresh report from the regional disaster coordination office said two rivers in Culion overflowed, flooding the village of Patag. Knee- to waist-deep floods were also reported in at least two villages in Calintaan, Occidental Mindoro.

Landslides on Sunday damaged a house in Barangay (village) Balala in Culion and a school in Barangay Tubili in Paluan, Occidental Mindoro.

The number of passengers stranded in several ports in the region rose to 255 but this number eventually went down, with the authorities predicting improving weather later Monday, regional disaster office head Eugene Cabrera said.