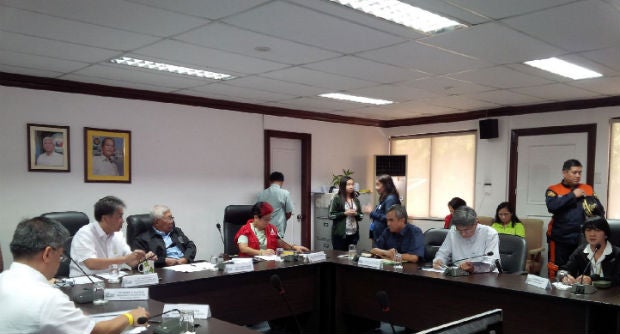 The Philippine Atmospheric, Geophysical and Astronomical Services Administration (Pagasa) said in its advisory that the eye of “Luis” has already left Philippine landmass.

“As of 11:00 AM, the eye of Typhoon #LuisPH is already outside of Philippine Area of Responsibility (PAR),” Pagasa said on social media.

The weather disturbance, however, continues to affect several areas.

Storm Signal No. 1 is still raised in the provinces of Ilocos Norte, Ilocos Sur, La Union, Abra and Pangasinan.

In Metro Manila, the Pagasa said ‎light to moderate rains would still persist in the next three hours. The rains will also affect Nueva Ecija, Tarlac, Pampanga, Rizal, Quezon, Bulacan, Cavite and Batangas.

It said that the three reported fatalities were due to the sinking of the roll-on, roll-off MV Maharlika 2 off the seas of Leyte.

“As of this hour, there were no casualties recorded yet of typhoon Luis,” Alexander Pama, NDRRMC executive director, said in a press briefing.

The latest NDRRMC situation report said 1,723 families, or 7,801 persons, have been displaced by “Luis” in Luzon.

Weather forecaster Jori Loiz said Pagasa is monitoring a new Low Pressure Area (LPA). It is expected to enter PAR within the week.

Loiz said that once the LPA becomes a typhoon, it will be named “Mario.”

Meanwhile, the Philippine Coast Guard said in its advisory that as of 10 a.m., 541 passengers, 38 rolling cargoes, four vessels and six motorbancas at ports were stranded due to the typhoon.