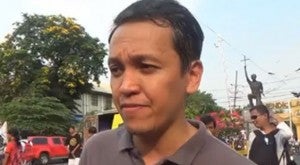 “The move smacks of special treatment for a notorious human rights violator. Palparan would be right at home at the Army HQ (headquarters), where he would even be saluted by troops while in ‘detention,’” Bagong Alyansang Makabayan secretary general Renato Reyes said in a text message to media.

Reyes and his group condemned “in the strongest terms” the decision of the Malolos regional trial court branch 14, where the kidnapping and serious illegal detention cases were lodged against Palparan.

The retired general is accused of ordering the abduction of University of the Philippines students Sherlyn Cadapan and Karen Empeño in 2006.

“The transfer is being done with the full support of the military establishment under (President Benigno) Aquino. The military seeks to protect its own,” he added.

He said it was hard to expect justice when the court was allegedly giving Palparan special treatment.

“So much for Aquino’s boast of having arrested Palparan, only to see him transferred to the Army HQ,” Reyes said.

Palparan, who was dubbed “The Butcher” for allegedly ordering human rights violations against activists as part of the government’s anti-insurgency campaign, was arrested a month ago in Sta. Mesa, Manila.

He had been in hiding for years and was among the top 5 fugitives of the country, each with a P2 million bounty on their head.