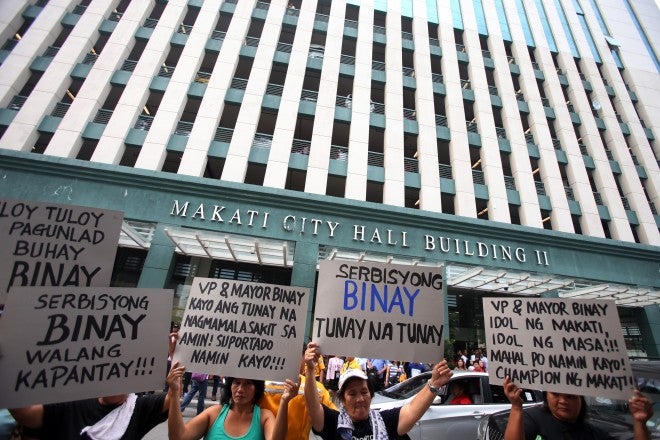 ILOILO CITY, Philippines—The construction firm dragged into the controversy over allegations of irregularities in the construction of a parking building in Makati City is implementing several major government projects in Iloilo provice.

Hilmarc’s Construction Corp. (HCC) won the bidding for a P700-million convention center in this city, which is a pet project of Senate President Franklin Drilon.

HCC also built the city halls of Bacolod in Negros Occidental province and Calamba in Laguna province, the Batasan Annex, the Sandiganbayan and the Iloilo provincial capitol.

HCC recently won the bidding for the construction of the Iloilo Convention Center (ICC).

ICC is being built on a 1.7-hectare lot, which is worth an estimated P200 million and was donated by realty firm Megaworld Corp.

The lot is part of the company’s 54-hectare property at the former Iloilo airport in Mandurriao District that is being developed as the Iloilo Business Park.

At least P200 million of the project cost came from the pork barrel funds of Drilon, a native of Iloilo, while P100 million came from the controversial Disbursement Acceleration Program.

The other sources of funding are the Tourism Infrastructure and Enterprise Zone Authority, P200 million, and the Department of Public Works and Highways (DPWH), P200 million.

The design of the state-of-the-art convention center is inspired by Iloilo’s Dinagyang and Paraw Festivals. It will have a total floor area of 6,400 square meters.

The two-story structure will have a main hall on the ground floor with a 3,700-seat capacity and additional function rooms with 500-seat capacities on the second floor. It is also designed to cater to world-class cuisine requirements.

ICC is one of the main projects in Iloilo City in preparation for the city’s hosting of meetings of the Asia Pacific Economic Cooperation in 2015.