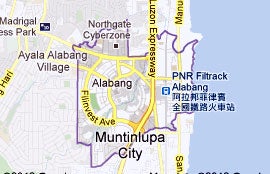 MANILA, Philippines – Starting Wednesday, more than 500 provincial buses from Southern Luzon, which do not have terminals at their designated end points in Metro Manila will now be accommodated at the temporary terminal in Alabang, Muntinlupa, after the city government ironed out a provisional traffic plan with the Metropolitan Manila Development Authority (MMDA) and the Land Transportation and Franchise Regulatory Board (LTFRB).

Muntinlupa City Mayor Jaime Fresnedi earlier postponed indefinitely the utilization of the South Station Terminal, which was originally scheduled for Aug. 20, due to the lack of preparation of the agencies involved.

Two weeks ago, the Metro Manila mayors approved the use of the terminal as a temporary destination for the 556 provincial buses, which would be barred from entering Edsa to ease the traffic congestion along the busy thoroughfare. The establishment of the terminal is also aimed at preventing these provincial buses from traveling beyond their registered routes.

These buses come from southern Luzon and have end points in Market! Market! and FTI or have no exact end points in Metro Manila, according to the MMDA.

In an interview with Philippine Daily Inquirer editors and reporters on Thursday, LTFRB Chair Winston Ginez also explained that buses coming from the south like Bicol and Quezon, and with terminals in Cubao, Quezon City and Pasay City, would still be allowed to reach these points.

During the MMDA’s weekly radio program, MMDA Assistant General Manager for Operations Emerson Carlos said that they would help in the tagging of the vehicles entering the South Station terminal.

“For easy identification, we will be placing stickers on these buses,” Carlos said.

The Muntinlupa government, on the other hand, said that only buses with temporary stickers from the MMDA would be allowed entry at the terminal.

Buses coming from the expressway are instructed to make a detour at the Filinvest exit then make their way to the temporary terminal beside the city’s public market instead of using the Alabang viaduct exit.

Carlos assured bus commuters that they could easily board other public utility vehicles at the South Station Terminal since it would continue to accommodate buses and other PUVs headed for other cities in the metro.

The local government will monitor traffic plan for a month then assess if it will be used in the following months, according to Fresnedi.

“Withdrawal from this management plan depends on the results (that would impact) Muntinlupa’s traffic,” Fresnedi said but he expressed hopes that the provisional transport scheme would go well for the city to help in decongesting Edsa.

In July 2013, the MMDA also opened the temporary South-West Integrated Provincial Transport Terminal (SWIPTT) along Coastal Road in Parañaque City, which until now serves as the stop for about 1,000 Cavite and Batangas-bound buses. It is one of the three integrated bus terminals for provincial buses ordered established by President Aquino through Executive Order No. 67 series of 2012, which envisions a “centralized, intermodal and integrated bus terminal system at the fringes of Metro Manila.”

The South Station Terminal in Alabang is the second temporary terminal set up by the MMDA and LTFRB to serve as the stop for provincial buses coming from southern Luzon especially from Laguna and the east-side of Batangas. The permanent terminal for all buses coming from the south is planned to be set up at the FTI Complex in Taguig City.

The terminal for the north, according to Carlos, is planning to be set up in Balintawak, Quezon City, near the North Luzon Expressway to accommodate the more than 200 provincial buses from northern Luzon.

LTFRB tags bus firms to be based in Alabang