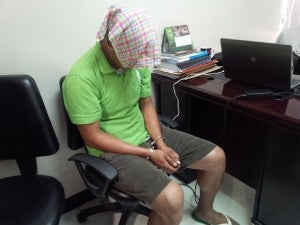 Chief Inspector Roque Merdegia Jr., AIDSOTF spokesperson, said the police were tipped off by an informant that some drivers and conductors would gather ‎for a pot session inside a parked bus usually at dawn before their scheduled trips.

The alleged pusher was identified as 27-year-old Emmanuel Bendoval, alias Bagwis, who was caught by police at the bus terminal selling to a poser-buyer a sachet of shabu worth about P500‎.

Merdegia said the bus units of drug-using drivers ply the Edsa route while some travel to Southern Tagalog and Visayas provinces, particularly in Bicol.

“He is just a small-time drug peddler but what alarms us are the clients‎ he’s catering, that’s why we immediately conducted this operation,” Merdegia said.

The police official, however, have yet to determine the operators of the drivers and conductors hooked on drugs.

With this, Merdegia asked bus companies and ‎institutionalized bus terminals to impose stricter rules when selecting and screening drivers and conductors.

Bendoval will face charges for violating sections 5 and 11 of Republic Act 9165 or the Comprehensive Dangerous Drugs Act.

Some buses plying Edsa‎ and other major thoroughfares in Metro Manila, even in the provinces, have figured in several tragic accidents for the past months that were largely blamed on drivers high on drugs.