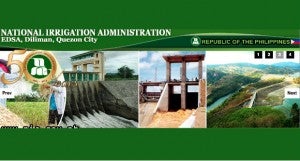 MANILA, Philippines — The Criminal Investigation and Detection Group will be investigating other projects of the National Irrigation Administration, following the discovery of the allegedly questionable implementation of contracts in the Caraga region totalling P119 million.

Senior Supt. Rudy Lacadin, CIDG deputy chief for operations, said they would also look into the NIA’s projects in other regions.

“Other investigations will be forthcoming, not only in Caraga but in other regions. When the NIA learned that we are investigating in Caraga, other information came out,” the official said in an interview.

Lacadin issued the statement after the CIDG, as part of a joint special investigating team, charged 53 individuals before the Office of the Ombudsman for the allegedly anomalous implementation of seven projects in the Caraga region worth P119 million.

Charged in the 85-page complaint last Monday were former NIA regional managers Modesto Membreve and Dexter Patrocinio, and the current Caraga regional manager Encarnacion Soriano, and 50 others, for violation of the Republic Act 3019 or the Anti-Graft and Corrupt Practices Act and RA 9184 or the Procurement Law.

Although the joint special investigation team was initially ordered by President Aquino to investigate the NIA projects particularly in Agusan del Norte, Lacadin said the investigation would be extended to other regions where similar NIA projects have been in the middle of implementation.

The CIDG spokesperson, Chief Insp. Elizabeth Jasmin, said they would file the cases for the four remaining projects before the Ombudsman by this week.

The CIDG launched its probe after learning of allegations that the procurement and implementation of the seven projects were tainted with anomalies and irregularities.

Some farmers who are beneficiaries of the projects complained of uncompleted projects to authorities.

The completion of the P119 million worth of NIA irrigation projects in Las Nieves, Agusan del Norte begun in 2012, were allegedly delayed without due cause. The projects should have been completed in six months or by the first quarter of 2013 but still remain to be completed, according to Lacadin.

Technical specialists from the Department of Public Works and Highways found out that the materials used in these projects were of substandard quality.

“That they were unable to show any completed project, that is already glaring. It was begun but delayed. The completion was delayed for some reason to finish the projects up to this time,” Lacadin said.