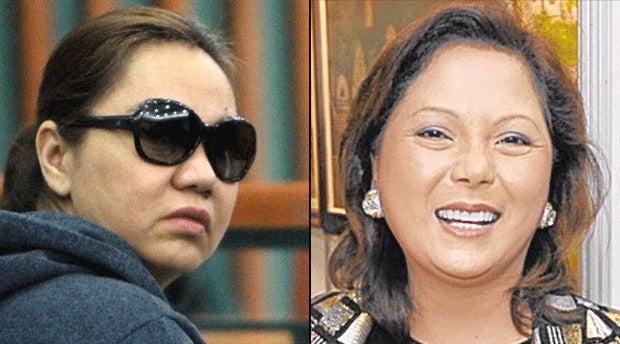 MANILA, Philippines — The Commission on Audit (COA) submitted notices of disallowance to those involved in the alleged pork barrel scam case of Senator Juan Ponce Enrile only this year, but apparently excluding accused mastermind Janet Lim-Napoles.

During the continuation of Napoles’ hearing from plunder at the Sandiganbayan on Friday, COA assistant commissioner Susan Garcia testified that the commission has sent notice of disallowances to Enrile, his resigned chief of staff Jessica Lucila “Gigi” Reyes, and other heads of agencies allegedly involved in the pork barrel scam.

Garcia said they have sent the notices in January this year.

The notice for Reyes was sent only in June this year as she had only surfaced from hiding, Garcia added, noting that it was delivered to Camp Bagong Diwa where Reyes is detained.

But Reyes refused to acknowledge the notice, Garcia said.

Through a notice of disallowance, the COA is ordering the officials to refund the Priority Development Assistance Funds (PDAF) allegedly spent for ghost projects under the scam.

But Napoles’ lawyer Stephen David said her client was not sent a notice of disallowance.

This proves that Napoles can’t be held responsible for the scam, David added.

He added that the COA in a previous hearing has said that Napoles had not signed any of the PDAF documents.

Napoles is accused of masterminding the scam of pillaging lawmakers’ public funds to ghost projects for kickbacks. Detained for plunder are Senators Ramon Revilla Jr. and Jinggoy Estrada, as well as aides Richard Cambe and Gigi Reyes. Enrile, meanwhile, is in the hospital under police custody pending his motion for hospital arrest.