Solon calls for probe into drowning of Bulacan students 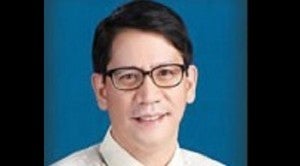 MANILA—The chair of the House of Representatives committee on higher and technical education called Friday for an investigation into the drowning of seven college students during a school excursion in Bulacan last Tuesday.

Pasig City Rep. Roman Romulo asked the authorities to look into the criminal and administrative liability of persons responsible for the tragic excursion in San Miguel town that led to the deaths of the Bulacan State University (BSU) students.

“We want answers. Just like the parents of the victims, we want to know why their sons and daughters were recklessly exposed to such extreme danger in the course of what should have been a trouble-free school outing,” he said in a statement.

“Our hearts go out to the families of the victims, and our thoughts and prayers are with them,” Romulo said.

The seven BSU students drowned when a flash flood swept them away as they were crossing the Madlum River during a field study at the Biak-na-Bato National Park.

The victims were part of group of about 180 tourism students on the school trip.

“Way back in September 2004, eight people on a picnic, mostly children and teenagers, were also swept away when the Madlum River suddenly burst its banks due to rapid flooding,” Romulo recalled.

“The river and its banks are clearly unsafe, especially during the rainy season. The students should not have been there at this time of the year,” he added.

Romulo urged universities to exercise “effective guardianship” of their students during off campus educational activities, saying their safety should be guaranteed at all times.

The BSU has formed a committee “to conduct a thorough and impartial investigation into the circumstances of the tragedy.” The school has also vowed “to take decisive measures” based on the panel’s findings.