Who is Renato Bondal? | Inquirer News 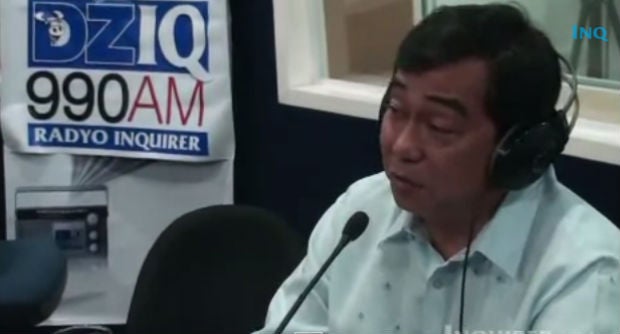 MANILA, Philippines — Attorney Renato Bondal has been the arch nemesis of Vice President Jejomar Binay and his son and Makati Mayor Jun-Jun Binay. He has accused father and son of graft and corruption, the latest of which involves the allegedly overpriced carpark building in Makati.

But who is Renato L. Bondal?

Below are some known information dug up by INQUIRER.net:

1.He held and ran for various government positions in Makati City.

Attorney Renato L. Bondal was born in Palanan, Makati. He has been a practicing lawyer since 1990. Bondal served as Barangay Captain of Barangay Palanan for two terms from 1993 to 1998. He first ran for a seat at the city council in 1998.

He ran and lost for councilor in Makati City’s first district in 2010 under the Nacionalista Party and for mayor in 2013 when he ran as an independent candidate against Jun-Jun Binay.

2. He was a former ally of Vice President Jejomar Binay and was a family friend.

According to an interview over Radyo Inquirer 990 AM in 2013, Bondal said that during the time he ran for councilor in 1998, he accused then mayor and now Vice President Binay of starting a political dynasty.

(Even if the issue of political dynasty is still not being discussed in 1998, I have been saying that political dynasty will begin in Makati and will not end. And I was right. It’s not only happening, but many [Binays] have risen to power.)

3. At present, Bondal is the convenor of anti-graft group United Makati Against Corruption.

The United Makati Against Corruption (UMAC) which joined Facebook in July 12, primarily campaigned for transparency in the city administration. The UMAC Facebook page, however, also posted some pictures of alleged infringement on human rights committed by the Binay administration.

‘What we don’t know about Makati City’, video from INQUIRER.net

National, local rivals ganging up on us, says Mayor Binay