MANILA, Philippines – Legislators still have allocations for their pet projects in the proposed 2015 national budget, but they are not the  same “pork barrel  that we once knew,” Budget Secretary  Florencio Abad  told a Senate hearing  on Tuesday. 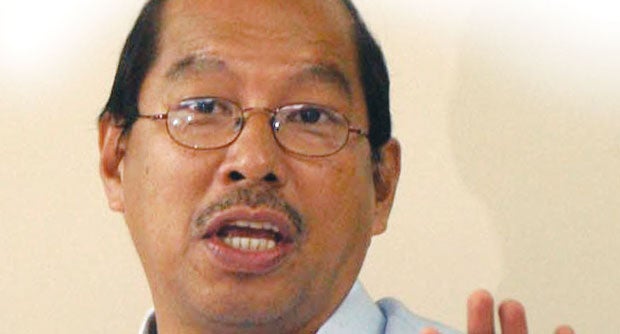 “To close this topic, I’m sure you’re telling us now that there’s no pork barrel whatsoever in this budget?”  Senator Serge Osmeña asked  Abad during  the hearing of the Senate committee on finance.

“Well, in the manner that it was provided in the funds, there’s none, Mr. Chair,” the Budget chief said.

But Osmeña pressed  Abad for a categorical  answer.

“There’s no pork barrel budget? There’s no P70 million per congressman either   in terms of scholarships,  of medical assistance, of farm to market roads?” asked the senator.

The P70 million that Osmeña was referring to was  the  previous  “pork barrel” funds allocated to each congressman before the Supreme Court declared it unconstitutional.  The senators, meanwhile, were allocated P200 million each.

“What I can tell you is there are because the way the legislators argued in the House is that how can we stop the students from continuing in school…?”    Abad said.

But Osmeña  interrupted  him, saying: “I am not talking about the reason why,  from a point of view of definition because I always  get asked by the media: may pork barrel ba dyan and  I always  answer I’m 100 percent sure may pork, there’s pork barrel because that’s my definition.”

Responding to the senator, Abad said: “Well yes, if we follow your definition that may be the case but if we go by the law or legislation, the pork barrel that we once  knew  is not there anymore, sir.”

DBM: No ‘pork’ in antipoverty projects