“President Aquino promised that those who evade the law will be found. That promise to capture General Palparan has been fulfilled today,” Presidential Spokesperson Edwin Lacierda said in a statement.

Reports said Palparan was arrested by members of the National Bureau of Investigation (NBI) in his hideout in Sta. Mesa, Manila.

Palparan, dubbed “The Butcher” by activists, had been on the run since December 2011 amid accusations that he is the mastermind of the abduction of University of the Philippines students Sherlyn Cadapan and Karen Empeño.

Aquino raised the reward, from P1 million to P2 million, for information leading to the arrest of Palparan in 2012.

Communications Secretary Herminio “Sonny” Coloma Jr. explained that the arrest meant that Palparan “may now be brought before the bar of justice and go through the processes of accountability,” said in a text message to INQUIRER.net.

“We commend the NBI (National Bureau of Investigation) for its steadfast doggedness in pursuing all leads to find and capture Jovito Palparan. Today, this resolute determination has paid off, the long arm of the law has finally reached Mr. Palparan,” Lacierda said.

Human rights group Karapataan said that in addition to the abduction of the two UP students, Palparan should also be held accountable for extrajudicial killings and other human rights violations allegedly committed by the military under former President Gloria Macapagal-Arroyo’s Oplan Bantay Laya.

“From 2005 to 2006 alone, when The Butcher Palparan was Commanding Officer of the 7th ID, specifically with the 24th IB known as the torture battalion under him, there were 71 victims of extrajudicial killings, 14 victims of frustrated killing, and five incidents of massacre,” Karapatan said.

The group said no special treatment should be accorded to “butchers like him,” especially since among those killed under his watch were human rights defenders Eden Marcellana and peasant leader Eddie Gumanoy in Southern Tagalog; United Church of Christ in the Philippines (UCCP) pastor Edison Lapuz, Leyte; Atty. Fedelito Dacut, Leyte; and Supreme Bishop Alberto Ramento of the Iglesia Filipina Independiente. 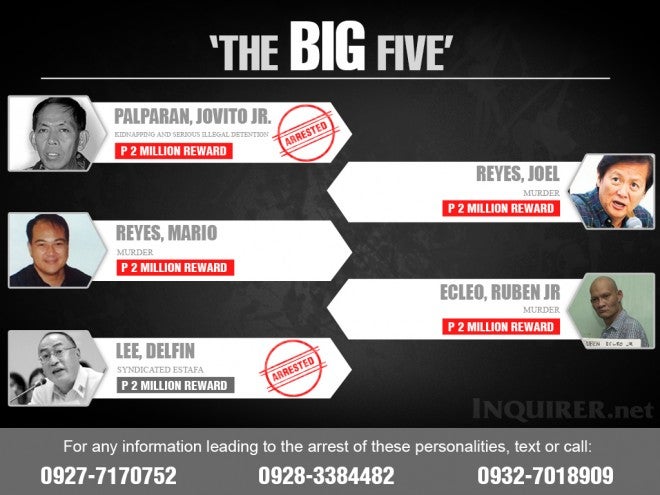