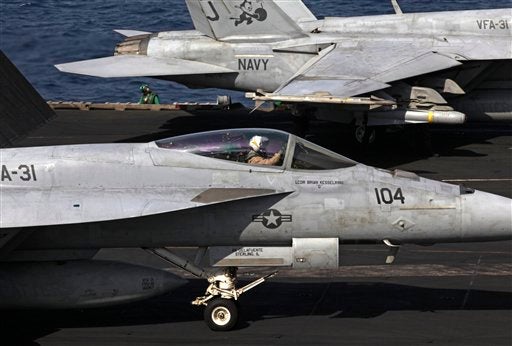 WASHINGTON — U.S. fighter jets have carried out airstrikes on four checkpoints manned by Sunni militants in northwest Iraq near where thousands of minority Yazidi refugees have been trapped on a mountain to escape violence.

The U.S. military said in a statement Monday that the strikes outside the city of Sinjar either destroyed or damaged the checkpoints and nearby vehicles that were used by the Islamic State militant group.

At least one of the vehicles destroyed was a Humvee truck, and another was an armed personnel carrier.

The militants have been using U.S. military equipment that they seized from Iraqi Army forces.

All the airstrikes were carried out over a three-hour period Monday.

It was unknown if the strikes killed any militants. The fighter jets were unharmed in the mission.