MANILA, Philippines – If former senator Francis “Kiko” Pangilinan’s appointment as Presidential Assistant for Food Security and Agricultural Modernization were a ploy to boost his ratings, then it is probably working.

The latest Pulse Asia survey on the upcoming elections showed that he would have become the number one senator, with 54.7 percent of respondents voting for him, if elections were held three weeks ago.

Following close behind were Senators Vicente “Tito” Sotto III and Ralph Recto with 53.8 percent and 52.7 percent of votes, respectively.

Pangilinan and Recto had an awareness rating of 93 percent while Sotto had 95 percent.

Still within the 12 to 17 rank was Senator Teofisto “TG” Guingona III (30.8 percent). Making it to the 12 to 19 rank were Justice Secretary Leila De Lima (28.6 percent) and Cavite Representative Lani Mercado Revilla (28.4 percent).

The survey was conducted among 1,200 respondents and has a ± three percent margin of error.

Among the prevailing issues at the time of the poll were the filing of plunder charges against lawmakers involved in the pork barrel scam and the Supreme Court declaring parts of the Disbursement Acceleration Program (DAP) unconstitutional. 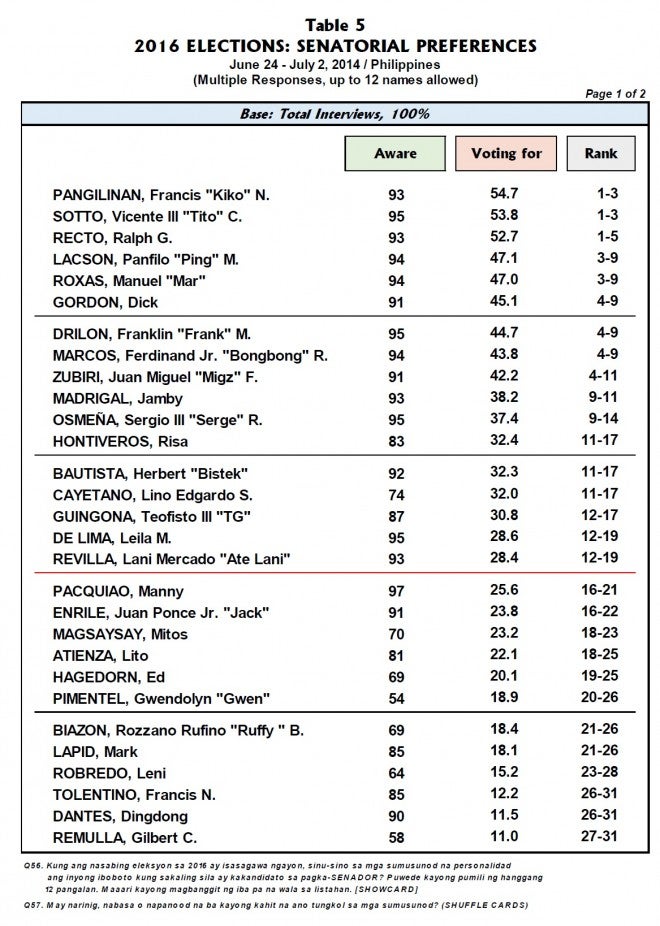 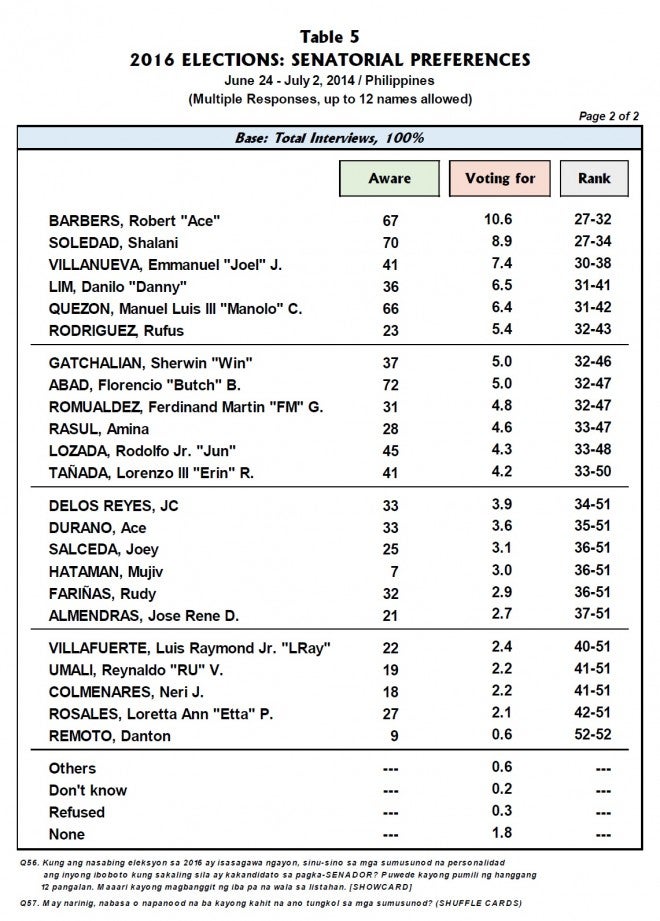 Calling Tito Sotto an idiot is no cybercrime