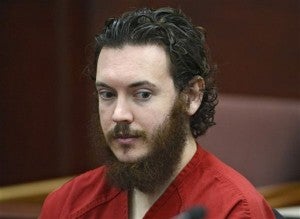 DENVER — On July 20, 2012, a man wearing police-style body armor killed 12 people and injured 70 during a midnight showing of “The Dark Knight Rises” in the Denver suburb of Aurora. James Holmes, a former neuroscience graduate student, pleaded not guilty by reason of insanity in the shootings. His attorneys say he was gripped by a psychotic episode. Here are things to know on the second anniversary Sunday:

—THE TRIAL: Now scheduled to start Dec. 8 after three postponements. The first was when prosecutors said they would seek the death penalty; the second, when prosecutors asked for a second state sanity evaluation of Holmes; the third, when a doctor doing that exam asked for more time.

—JURY SELECTION: Seating 12 jurors and 12 alternates will take months. Judge Carlos A. Samour Jr. will issue a summons to 6,000 people and expects 3,300 candidates. They’ll fill out questionnaires and undergo questioning.

—HOLMES: The 26-year-old sits quietly in shackles during hearings and stares straight ahead. He no longer has the vacant, wide-eyed stare of his first hearings. Whether he could tell right from wrong in the shooting — the key finding of the first sanity exam — wasn’t released. But the judge agreed with prosecutors that the doctor was biased and ordered a second exam that’s due Oct. 15.

—SURVIVORS: Tom Teves, of Phoenix, lost his son, Alex, 24. He’s frustrated by the slow progress. “That individual (Holmes) has a multitude more rights than any of the victims,” he says. “I think it’s like carrying around a big weight. You get stronger carrying it around, but it never gets lighter.” Tom Sullivan, of Aurora, lost his son, also named Alex, 27. Sunday is Alex’s birthday. “There are still a lot of people out there who are hurting,” Tom Sullivan said.

—THE THEATER: The former Century 16 was renovated and renamed the Century Aurora. It opened its doors to victims of the attack in January 2013 with a remembrance and a special showing of “The Hobbit.” Theater 9 is now an XD theater with a wall-to-wall screen.

—THE ANNIVERSARY: This year’s commemoration is lower key. Aurora Strong Resilience Center, set up to help residents deal with trauma, holds events on coping and will hold a Day of Remembrance. The Potter’s House church in Denver will dedicate a stand of trees in honor of the dead.