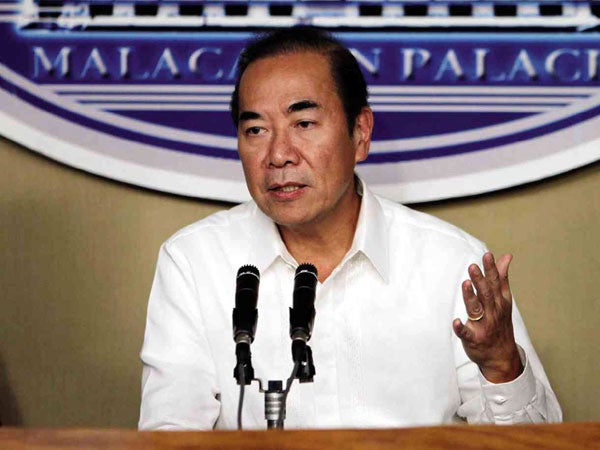 MANILA, Philippines–The Department of Public Works and Highways (DPWH) has put on hold some P5 billion worth of high-impact, flood-control projects funded by the Disbursement Acceleration Program (DAP), which the Supreme Court has declared unconstitutional.

Public Works Secretary Rogelio Singson on Thursday said that “with the Supreme Court ruling, I have no choice [but to temporarily shelve the projects] until a supplemental budget is passed to implement them, particularly those that have yet to be started.”

He stressed the need to resume work on the flood-control projects, which he said were among the agency’s priority infrastructure programs.

“Some of the projects are ongoing, so they cannot be canceled … They are also covered by government contracts with corresponding budget allocations,” Singson told the Inquirer.

The flood-control master plan requires funding of at least P351.72 billion up to 2035.

The program was started last year. This year, the DPWH set aside P33.3 billion for 130 flood-control projects, an increase of more than 100 percent from its 2013 budget of P15.8 billion. The agency said the funds would go to the “maintenance of 11 existing flood-control projects and the construction and rehabilitation of 119 other projects nationwide.”

Sometime in November 2013, the DPWH acknowledged that it received P5 billion in DAP funds, which it said went to 15 projects under its Flood Management Master Plan for Metro Manila and its Surrounding Areas in Central Luzon and Southern Tagalog.

The agency disclosed that in 2012, it got an initial P3.94 billion in DAP funds. The outlay went to eight flood-control projects in Metro Manila, five in Central Luzon and two in Southern Luzon.

Last August, the Palace released another P1.06 billion in DAP funds to the DPWH.

The DPWH has expressed confidence that several high-impact projects would be completed before the end of President Aquino’s term in June 2016.

Earlier, the DPWH suspended the implementation of 551 small-scale infrastructure projects using the Priority Development Assistance Fund (PDAF), which the court has likewise nixed.

The projects, however, would be resumed “as soon as the DPWH secures funding from other government budgetary sources,” said Reynaldo Tagudando, director of the agency’s National Capital Region office.

The DPWH and the Department of Budget and Management had “agreed to issue payments to contractors for their completed work,” he said.

Elizabeth Pilorin, chief of the agency’s Public Information Division, noted that “not a single PDAF-funded DPWH project has been linked to any irregularities.”