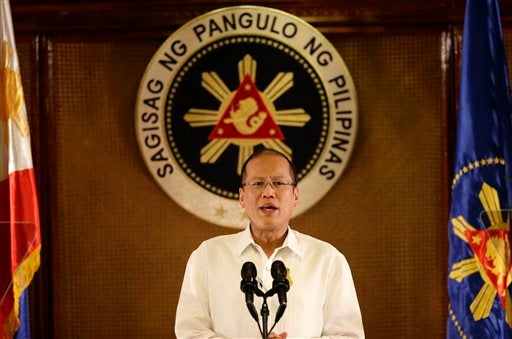 A stubborn and combative President Aquino said this Monday night, warning the Supreme Court of a possible clash with the executive branch over its ruling two weeks ago declaring his Disbursement Acceleration Program (DAP) unconstitutional.

Defending the DAP in a televised address for the second time in eight months, Aquino said the government would appeal the ruling despite a unanimous vote of 13-0.

“My message to the Supreme Court: We don’t want to get to a point where two coequal branches of government would clash and where a third branch would have to mediate,” he warned toward the end of his 14-page, 23-minute speech aired by major TV networks.

Without elaborating, he told the court: “There was something that you did in the past, which you tried to do again, and there are those who are saying that [the DAP decision] is worse.”

Not since he vigorously campaigned for the removal of then Chief Justice Renato Corona in 2011 and 2012 that Aquino had spoken so strongly against the Supreme Court.

The President said the government would file a motion for reconsideration to “give way to a more complete look at our laws.” In the coming days, he said he and his Cabinet would release additional details on the benefits supposedly arising from the DAP.

Aquino also invited the public to read the 92-page court decision, including the concurring and what he called “dissenting” opinions. All 13 justices voted against the DAP while another one did not participate in the proceedings.

Shortly after the speech, Malacañang finally released a list of 116 projects funded by “savings” pooled by Budget Secretary Florencio Abad, the chief architect of the DAP.

The President criticized the high tribunal for purportedly not considering his basis for the DAP, the Administrative Code of 1987.

“How come they were able to say that our manner of spending was unconstitutional when they did not even tackle our basis?” he asked, insisting that Section 39 of the Administrative Code “is still in effect to this day.”

“You see, based on this law, the President is given outright power to transfer savings for other projects,” he argued. “Nothing is mentioned that the transfer of savings is limited to one department or branch of government.”

“In simple words, we didn’t violate the law when we implemented the DAP,” he insisted, but did not say that he had abolished it just the same amid mounting criticism toward the end of 2013.

In its ruling, the court declared unconstitutional the “cross-border transfer of the savings of the executive to augment the appropriations of other offices outside the executive.”

The President resented that he was now being threatened with lawsuits for implementing the DAP, which he described as a “manner of governance in accordance with the law and the mandate given to the executive branch.”

He likened his situation to that of a motorist who parked in a “no parking zone” to “save the life of an accident victim.” He said his case was worse because he was cited over space that had not been declared off-limits to parking. “Is that right?” he asked.

Citing a number of projects funded through the DAP, the President all but pinned the blame on the court decision if the government would fail to relocate informal settlers living in danger zones in preparation for incoming typhoons.

Aquino said the high tribunal “should help us help our people.”

“Our people are hoping for your reasonable response [to the planned motion for reconsideration]. I am hoping that once you see the arguments that we will present regarding the law and the economy, we will be united and the government’s capacity to pursue the interest of the people will become stronger,” he added.

The President said he was “bothered” by the high court’s application of the doctrine of operative fact, noting that it “recognizes that those who implemented an order have no liability under the law if it was done in good faith.”

“But in the decision of the justices, they already presumed that there was no good faith and that we still had to prove [otherwise] in one or more trials. We wonder where the principle of ‘innocent until proven guilty’ is,” he argued.

In the ruling, the court said the doctrine of operative fact “cannot apply to authors, proponents and implementers of the DAP, unless there are concrete findings of good faith in their favor by the proper tribunals determining their criminal, civil, administrative and other liabilities.”

The President again sought to distance the DAP from the graft-ridden Priority Development Assistance Fund (PDAF), which the court in November last year declared unconstitutional amid widespread public outrage over claims P10 billion in the congressional pork barrel allocations went to ghost projects and kickbacks.

“Excuse me. The DAP is different from the PDAF,” he said, recalling that some PDAF funds went to “fake NGOs.”

“In the DAP, it’s clear that the government’s fund was not stolen—we worked to spend this to deliver benefits to the Filipino. Not later, not tomorrow or the day after, but now. What we could implement, we already implemented.”

Aquino earlier admitted that “9 percent” of DAP funds in 2011 and 2012 were spent on projects identified by legislators. The practice was reminiscent of the pork barrel system, which allowed legislators to exercise discretion over how government funds would be spent even if they were the ones mandated to approve the national budget.