Gigi Reyes appeals to be jailed in Custodial Center 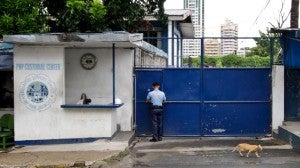 MANILA, Philippines — Senator Juan Ponce Enrile’s former aide Jessica Lucila “Gigi” Reyes on Monday asked the Sandiganbayan permission for her to be detained at the Philippine National Police Custodial Center for the plunder case she faces over her alleged involvement in the pork barrel scam.

In a motion, Reyes cited the report of the Bureau of Jail Management and Penology (BJMP) as saying it is already over its capacity and understaffed to secure such a high-profile detainee as Reyes.

The court’s third division had said Reyes would be detained at the BJMP Quezon city jail, away from the others detained for plunder at the PNP Custodial Center.

“The PNP Custodial Center has adequate facility and means to secure the person of accused Reyes as shown by the fact that some of her co-accused… are presently detained thereat,” her motion read.

“There will be less logistical and security concerns and inconvenience to the law enforcement authorities if accused Reyes is likewise detained thereat,” it added.

Reyes on Friday surrendered to the court as the Sandiganbayan found probable cause to hold her on trial.

Since she surrendered to the court instead of going to the police, Reyes was detained at the Sandiganbayan basement jail, which only has a ceiling fan that is not working.

The court is expected to release a commitment order detailing where Reyes would be transferred after the BJMP notified the court that it could not detain Reyes.

Enrile, on the other hand, is now under police custody but due to his high blood pressure, he has been placed at the Philippine National Police General Hospital, even though the court has yet to hear his motion for hospital arrest.