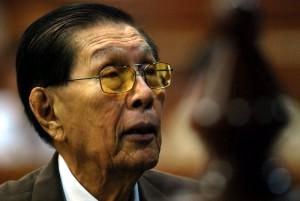 MANILA, Philippines –The Sandiganbayan Third Division denied the bid of Senator Juan Ponce Enrile to post bail for a plunder charge filed against him.

Enrile is accused of plunder, a non-bailable offense, for his alleged involvement in the pork barrel fund scam.

In a resolution released Friday by the anti-graft court, it said that Enrile’s petition was premature.

“It is a dictum that a person applying for bail should be in the custody of the law. Indeed, bail is unavailing with respect to an accused who has not voluntarily surrendered or has yet to be placed in legal custody,” the court said.

The petition was filed prior to the issuance of an order for Enrile’s arrest Friday. He turned himself in on the same day.