MANILA, Philippines — Senator Juan Ponce Enrile arrived Friday at the Philippine National Headquarters in Camp Crame where he surrendered to authorities after an arrest order was issued against him for plunder. 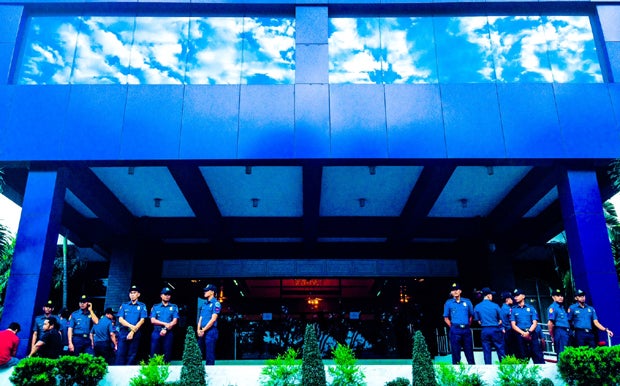 Enrile came from his home in Dasmarinas Village in Makati City.

Enrile is facing plunder and graft charges for allegedly pocketing P172.8 million in kickbacks from businesswoman Janet Lim-Napoles, the alleged mastermind behind the pork barrel scam. The arrest order is for the plunder charge, a non-bailable offense.

His co-accused Senators Ramon “Bong” Revilla Jr. and Jose “Jinggoy” Estrada surrendered to authorities and has since been detained at the PNP Custodial Center. 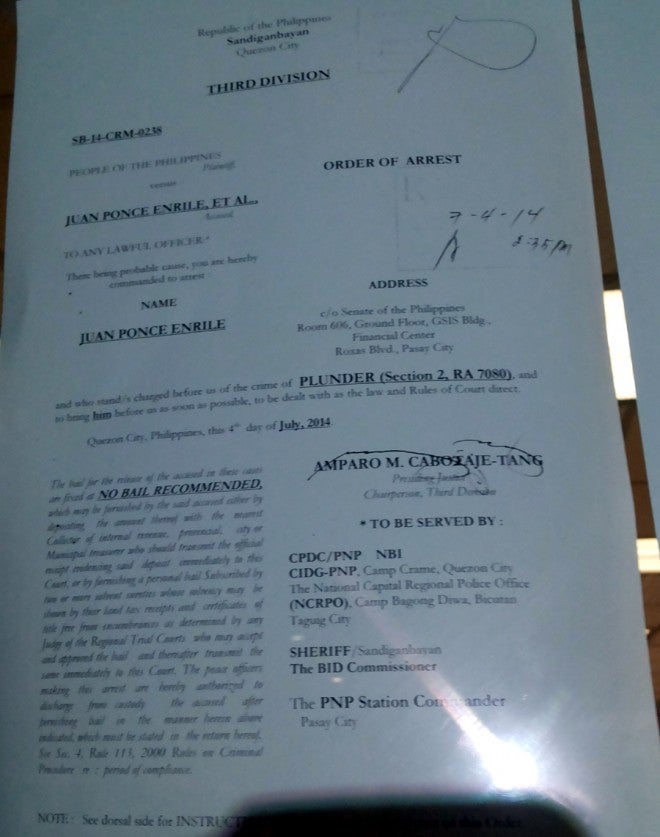 Sandiganbayan finds probable cause vs Enrile