Aquino should not be impeached on DAP issue, says Palace 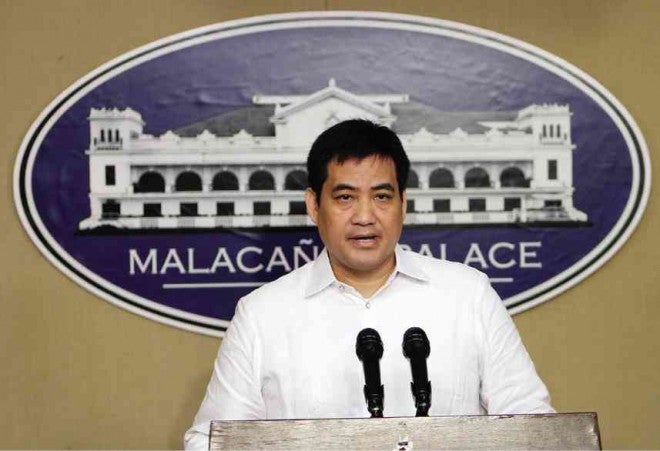 MANILA, Philippines – Presidential Spokesperson Edwin Lacierda on Wednesday said the Supreme Court declaring parts of the Disbursement Acceleration Program (DAP) unconstitutional should not be used as a basis for the impeachment of President Benigno Aquino III.

“Does it rise to a level of an impeachable offense because an act is declared unconstitutional?” Lacierda asked during a press briefing.

Critics of the DAP said officials must be made accountable. Some said Budget Secretary Florencio Abad should resign while others said the President should be impeached for approving the program.

Lacierda said that while Aquino authorized DAP releases, “acts that have been declared unconstitutional in the past, not just in this administration, never reached the level of impeachability.”

“We have always believed that the President has served with integrity and faithfulness, and the Filipino people know that very well,” he said.

The spokesperson, who is also a lawyer, said that in the past, “In cases where the court says ‘it is in good faith’; it tells the people, ‘don’t do it again.’”

“Did those transactions, while they were declared unconstitutional, equated to wrongdoing? That is what we are… That is why we want to see the full decision of the Supreme Court, and until such time, I cannot speak that authoritatively on that matter,” he added.

He said without the copy of the full decision they are not able to answer the issue of liability.

Despite the high court’s decision, Malacañang said it does not regret the implementation of the program, which, it said, benefited many Filipinos.

“How does one regret a decision to help thousands of people, of our countrymen?” he said. “These are noble projects which have benefited the people.”

“Do those projects diminish the moral integrity of the President when it has benefited the people?” he added.

A matter of interpretation

“When we were interpreting the law], we interpreted it as what we can do with the savings,” he explained.

“Did somebody misuse the money and made money out of it? Did somebody create a criminal act? Then you go now to the substantive criminal laws. You talk about malversation. Was there any? You talk about other criminal acts. The reason why we cannot speak on that right now is because we’re limited to the dispositive portion, which does not speak of liability. It only spoke of unconstitutional acts.”