MANILA, Philippines—An employee of a condominium where an alleged victim of fraternity hazing died said Wednesday that police had mistaken him for a suspect. 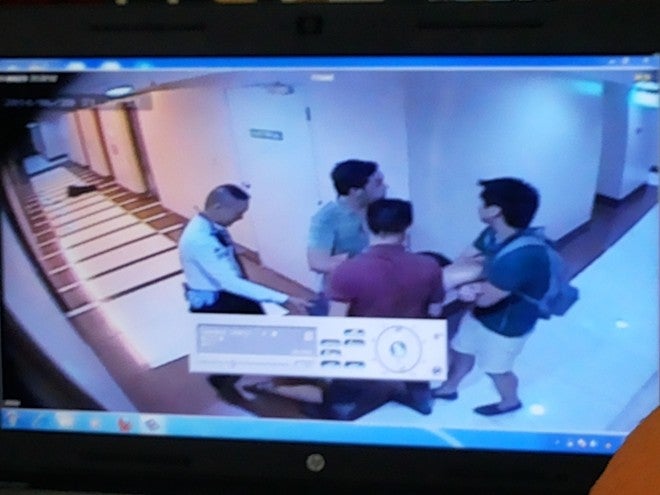 CCTV photo carrying victim Guillo Cesar Servando inside One Archer Condominium Unit. The guy in the maroon shirt was mistakenly identified by the police as a suspect and frat member. He came to the NBI to testify. TETCH TORRES-TUPAS

The employee, who requested anonymity, said he was caught on CCTV of One Archer’s Condominium while helping carry Guillo Cesar Servando, leading police to identify him as a suspect.He said he was told by Servando’s male companions that the De La Salle-College of Saint Benilde student could not walk because he was drunk.

“I was on duty. They asked for my help. The security guard asked them what happened they said they were drunk,” the witness said.

“I helped sir (Servando),” he said, adding the victim even tried to stand and walk on his own.

The employee is now in the custody of the National Bureau of Investigation and is set to execute a sworn statement.

He said he went to the NBI to clear his name.

Father of Benilde student killed in hazing cries out for justice