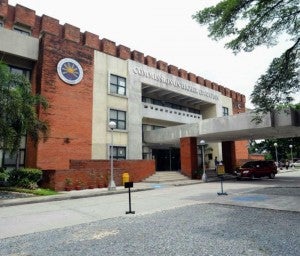 MANILA, Philippines — The Commission on Higher Education (CHEd) will seek at least P10 billion to subsidize losses that would be incurred from “transition pains” of the K-12 program.

In a press conference Monday at the CHED, executive director and lawyer Julito Vitriolo said that the agency would present the proposal for a “stabilization fund” at Tuesday’s hearing in Congress budgeting, which would hopefully be approved and released by the Departments of Finance and of Budget and Management.

The fund could also address the expected displacement of college teachers caused by the implementation of the new General Education Curriculum (GEC), which removes several courses in English, Math, Natural Sciences, Humanities, and Social Sciences.

Vitriolo said that at least P10 billion was the initial estimated amount needed to subsidize the tuition differential because there will be no college enrollments when grades 11 and 12 (which comprise senior high school) take effect in 2016. The fund could also, he said, shoulder salaries of teachers and address the displacement of some educators.

“This (P10 billion) is a small amount compared to the projected revenue losses of the private sector, which could amount to hundreds of billions of pesos,” he pointed out.

In addressing the concern over college professors who could be displaced by the new GEC because of the K-12 implementation, CHED chair Patricia Licuanan did not deny the displacement but assured that possible solutions have been studied.

“We understand their anxiety. This is not something that is easy and we do not have easy answers. We are studying this very carefully. We have a technical working group and the ideas coming out are radical but doable,” she said.