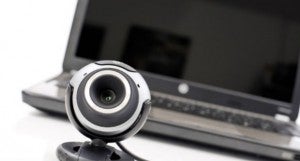 DAVAO CITY, Philippines—Gazing at the camera that features her live online, Angel (not her real name) daintily runs her fingers through her hair before letting it fall freely down her shoulders.

Then, lightly, almost imperceptibly, as if it is part of the whole movement itself, her hand traces the outline of her breasts as it travels casually down her body.

As a transgender camera performer of one of the US-based online cybersex sites, Angel has been trying to master her work, almost to the level of an art; spending hours doing makeup that transforms her raw Asian features to those of a dreamy-eyed seductress and mastering the perfect light mixture onscreen to soften the features of her face.

She performs other subtle bodily movements designed to titillate and entice her clients to a private chat online.

But what she found in online cybersex she can only describe with horror and shock. “The longer you stay, the more shocking the things they want you to perform,” she said.

“Sometimes, they ask you to eat your poo; sometimes, it’s your pee,” she said.

She said she did so but with the help of a trick.

Angel is part of a growing number of gays, women and transgender people drawn into the cybersex world by their need for money and easy cash.

Failing to do well as a BS Nursing student at Ateneo de Davao University (AdDU), Angel decided to temporarily leave school. She worked for a telecommunications company for two years but quit her job because she wanted to finish college.

In 2011, Angel returned to AdDU as a management student.

“At that time, my parents could not afford to support me because they were sending my little sister to a nursing school, so I had to find ways to earn tuition money,” she said.

It was then she learned that most of her friends working in cybersex dens in Manila were coming home to Davao to set up their own services online.

She decided to learn how to play the game.

“They are very strict about passports,” Angel said.

“After you submit your passport online and fill all the required forms, you’ll be sent a Mastercard directly from New York.”

Her MasterCard account is where she gets her pay.

On its screen, the LiveJasmin site features naked and half-naked women, gays and transgender—in various poses and forms—with links to such categories as “mature woman.”

These are divided into blonde and brunette, “hot flirts,” “the fetish,”  “the couple,” “boy for girl,” “gay” and “transgender.”

Other links lead to the most popular performer and even to newbies.

Each performer is paid based on how frequent or for how long she can attract her client to go into a private chat mode.

Although online cybersex has gained a reputation as a lucrative business worldwide, the pay a performer like Angel gets from the job is far from lucrative.

Every newbie is paid an introductory rate of $1 per minute, of which 70 percent, or as much as 70 cents, goes to the online site. This means that every newbie is paid only a net of 30 cents for every minute of his or her time online.

For Angel, whose pay increased from the newbie rate to $2 per minute before her second year, this means a $1.40 share for the online cybersex site for every minute she spends with a client, with only a net of 60 cents per minute going to her.

The share of the performer against that of the online site can increase to as much as 50 percent, and even up to 70 percent, in the performer’s favor, but this only happens among high-selling performers, or those whose sales can reach $1,000 for every 15 days—a performance, Angel said, is so hard to achieve and can only be done at the expense of one’s life offline.

According to Angel, the length of time a client stays with her in a private chatroom can range from three minutes to one hour—which means she has to do different kinds of tricks to make her client stay longer.

But this is not the end of the story.

Although payment is sent through the performer’s MasterCard every 15 days, it is done only if the performer reaches the net quota of $100 (or a gross of $300, counting the share of the online site).

For Angel, who has enrolled back in school after she was registered on the site, the amount was enough to pay her tuition.