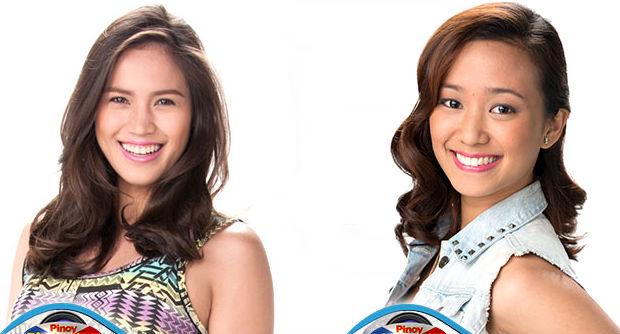 ABS-CBN, producer of the controversial reality show “Pinoy Big Brother” (PBB), issued a public apology on Wednesday for what critics denounced as its “derogatory portrayal of women” after two contestants were challenged to pose in the nude for a painting.

On the network’s news program “TV Patrol” on Wednesday night, the show’s producers said that while the task was aimed at testing the PBB housemates’ convictions and values, they were offering “their sincerest apologies to those who were offended.”

“We assure the public and the MTRCB that the program will continue to ensure the protection of women’s rights in general, and the housemates’ rights in particular, while providing quality and yet gender and audience-sensitive entertainment to its audiences worldwide,” they added.

The decision to issue an apology was made after officials of ABS-CBN and the Movie and Television Review and Classification Board (MTRCB) met Wednesday morning.

This was after the board expressed alarm over the allegedly gender-insensitive incidents on the show’s June 4 and 5 episodes, in which the game master known as “Big Brother” or “Kuya” challenged housemates Jayme Jalandoni and Michele Gumabao to pose in the nude for a painting.

“Arguably, this constitutes moral and psychological violence [against] them and may violate their dignity as human persons,” MTRCB Chair Eugenio Villareal said. “Jalandoni initially refused—she even said, ‘Patayin n’yo na lang ako (Why don’t you just kill me).’ She eventually [accepted] the challenge.”

Jalandoni then picked fellow contestant Gumabao to join her in the nude painting challenge after “Kuya” ordered her to recruit a companion for the task. Gumabao reacted by crying during the show’s June 5 episode. “She was seen lying on the bed, her pillow wet with her tears,” Villareal said.

According to the MTRCB head, the show would be subjected to “a three-month period of close collaboration” with the board. “With the board’s guidance, PBB will institute self-regulatory measures, including, if warranted, a rating of SPG (Strict Parental Guidance),” Villareal told the Inquirer.

He said that within the three-month collaboration period, the show’s creative team would undergo a gender-sensitivity seminar to be organized by the MTRCB and the Philippine Commission on Women (PCW).

At the same time, PBB would be subjected to a per-episode postreview until its season finale. Villareal added that ABS-CBN was given up to June 16 to submit “additional measures to prevent the repeat of the incident in the future.”

According to Villareal, several points were raised by the resource persons. “They said it was not clear what the objective of the task was and what lesson could be learned from it. They stressed that this should have been explained early on in the show and that it was not right to pressure the housemates into disrobing for the challenge,” he told the Inquirer.