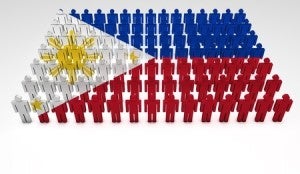 NAGA CITY, Philippines—President Benigno Aquino III will be in Naga City Thursday for the 116th anniversary of Philippine Independence, where he is expected to deliver his Independence Day address and acknowledge the 15 Bicolano martyrs of the Philippine Revolution.

Naga City Mayor John Bongat said the President would raise the flag at Plaza Quince Martires at the heart of the old central business district here where a monument, once described as an “elaborate wedding cake” by historian and Inquirer columnist Ambeth Ocampo, immortalized the 15 Bicolano martyrs who fought the oppressive colonial government during the 1896 Revolution.

Naga Councilor Gabriel Bordado said the plaza was chosen venue for the event, dubbed Kalayaan 2014, mainly because of its contribution to history, “plus the fact that Naga is one of the oldest cities in the Philippines, next only to Cebu and Manila.”

The Bicolano martyrs were given a 21-gun salute on June 4, 2012, the 115th year since 11 of them were felled by firing squad in Bagumbayan Field (Luneta). It was the first time they were given such honors.

On Dec. 29, 1896 the Spanish colonial government’s Council of War issued the death penalty against the 15.

Four of the 15 Bicol martyrs were not given the death penalty. Ramon Abella–son of Manuel Abella and elder brother of Domingo Abella, and Arana were ordered exiled to the Isle of Fernando Po in West Africa, which was once a colony of Spain. Hernandez and Ordenanza were ordered imprisoned at the Bilibid.

Arrested on Sept. 16, 1896, the 15 were brought to Manila aboard a steamer named “Isarog” and then imprisoned at the Bilibid, according to Tito G. Valiente, a public anthropologist and writer, presently connected with the School of Social Sciences of Ateneo de Manila University and Ateneo de Naga University.

Valiente also gave credit to the countless and faceless Bicol martyrs, including women, who fought during the 1896 Revolution, when he honored the sacrifices of the 15 Bicol martyrs.

Prof. Danilo Gerona, Bicol historian, said January 4, the date of execution of the 15 Bicol martyrs, fell on a Monday, which he said was among “the first spectacular official acts” carried out by the Spanish government in 1897, which had just celebrated Christmas and New Year.

“The Bagumbayan Field which had already earned its notoriety as the place for execution was once again filled with a crowd. This was probably the same crowd who witnessed Rizal’s execution five days earlier. But the crowd gathered on this day, a journalist noted, was far thicker than the previous executions. Among those present were the family members of the condemned who came early, the most prominent of whom was the Abella family,” Gerona told the Philippine Daily Inquirer.

He said there were meticulous ceremonies observed which made the public execution spectacular.

“In this particular event, it commenced with the march of the prisoners to their execution site. From their respective detention cells, the prisoners were marched out to Luneta. When the prisoners were finally marched in the square, the women immediately spotted Manuel (Abella), but it took a longer time to recognize Domingo (Abella). He was tall, sturdy and handsome when they last saw him. At the end of the line of prisoners was one bent, like an old man, encumbered by many wounds. When they finally recognized this prematurely aged man as Domingo, Conchita (the sister of Domingo) had difficulty restraining her mother from running to him,” Gerona narrated, citing documents he researched from the archives in Spain where he made a thorough research on the history of Bicol in the 1990s.

Gerona said the Spanish authorities immediately ordered the families of the 15 Bicol martyrs to bury their dead within the day to prevent any outpouring of sympathy from the public.

According to Jose Barrameda Jr., writer and book author of Bicol’s contemporary history, the first commemoration of the 15 Bicol martyrs happened on March 3, 1941 based on a program he obtained that honored them.

The 15 Bicol martyrs’ monument, which was built in 1926, was designed by Crispolo Zamora and sculpted by Jose Barcena.

Lt. Gen. Hernando DCA Iriberri, commanding general of the Philippine Army, was also expected to attend the flag raising ceremony for the Independence Day rites at the plaza on Thursday (June 12) with President Aquino and other government officials.

Iriberri visited Bicol on Tuesday to award 35 soldiers from the 31st Infantry Battalion (31IB) in Juban, Sorsogon, who recently scored success in the government’s counter-insurgency operations against the New People’s Army rebels in Sorsogon, specifically the encounter in May in Sitio Hukdong, Barangay Balocawe in Matnog town in Sorsogon wherein five communist rebels died, two others were arrested and high-caliber weapons seized.

Capt. Mardjorie Paimela Panesa, public information officer of the 9th Infantry Division (9ID) based in Camp Elias Angeles in Pili, Camarines Sur, said 15 soldiers from the 5th Scout Ranger Company were pinned with Gold Cross Medals, the third highest military award given to soldiers, while 20 others from 31IB were given Bronze Cross Medals.

Brig. Gen. Joselito Kakilala, commander of the 903rd Brigade in Sorsogon, was among the Bronze Cross Medal awardees, added Panesa.

Security for the June 12 rites would be jointly handled by the Army’s 9ID and the Philippine National Police in Bicol.

Ludovico D. Badoy, executive director of the National Historical Commission of the Philippines (NHCP), presided on Monday the meeting for the June 12 rites here with city government officials and the Presidential Security Group (PSG) and other Malacañang Palace personnel.

Badoy said high-ranking government officials were specifically asked to either wear Filipiniana clothes (for women) or barong Tagalog (for men).

Allen Reondanga, city public information officer, said that all participants were advised not to bring backpacks, handbags and bottled water due to the security measures of PSG.

Badoy said participants, who would occupy the stands, to be set up at the plaza in front of the stage to be used by the President would frisked by the PSG prior to entering the main area.

Karapatan-Bicol spokesman Paul Vincent Casilihan, in a phone interview, said there could be no freedom yet for the Filipino people, citing the hardships that Bicolanos have been experiencing, specifically the problems on the privatization of three electric cooperatives in Bicol—those in Albay, Camarines Sur and Sorsogon.

“Independence is just a word they use to celebrate but there is no freedom yet for us,” he said.

Did you know: Philippine Independence Day

Bicol heritage: Where are the Franciscans?