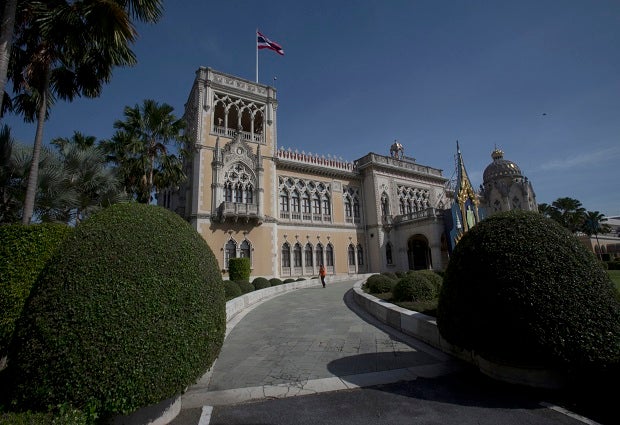 Thai officer walks in front of Prime Minister office in Bangkok ,Thailand Thursday May 29,2014. The prime Ministerâs office or Government house not been used for more than six months when Anti âgovernment protesters occupied the roads surround the compound in an attempt to force the Prime Minister resign. AP

BANGKOK — Thailand’s ruling junta says it has no desire to “cling to power” but it gave no clear timeframe for when it will allow free elections to take place.

Lt. Gen. Chatchalerm Chalermsukh told a news conference Thursday that it was “impossible to hold an election at the moment” because there are still protests in the country.

Since the military intervention took place a week ago, there have been almost daily anti-coup protests in Bangkok.

Holding an election “will take some time, but if you ask me how long, it’s difficult to answer,” he said.