‘Mr. Palengke’ has not lost his feel for prices 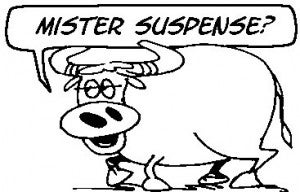 NAGA CITY, Philippines—Mar Roxas relived his “Mr. Palengke” persona on Tuesday when he visited the public market here, shook hands with vendors and buyers and asked about prices.

The secretary of the Department of the Interior and Local Government (DILG), who attended the 56th birth anniversary of the late beloved son of Naga, Jesse M. Robredo, was silent on the 2016 presidential election and speculation he could be a potential standard-bearer of the administration Liberal Party.

Roxas remarked that Mr. Palengke had not vanished, referring to his sobriquet in a successful campaign for a Senate seat in the 2004 elections as a champion of the masses built on his market forays to check on consumer prices.

He once marketed himself as “Mr. Padjak” in the community of millions of poor tricycle owners and drivers in the country when he was making a run for the presidency in 2010, later giving way to the candidacy of President Aquino.

Critics at one time called Roxas “Boy Bawang,” a reference to an act he once staged in 2009 when he attacked a plan by then President Gloria Macapagal-Arroyo to amend the Constitution, bringing a garland of garlic as he delivered a privilege speech to exorcise “aswang,” or witches, in the chamber. Garlic is said to scare off aswang.

Political gaffes hounded him over the past year—in the Zamboanga City seige, the Tacloban tiff with Mayor Alfred Romualdez in the aftermath of Super Typhoon Yolanda and lately a face-off with employees on  the Wack Wack golf course.

A former trade secretary, Roxas was in his element in the Naga market. The DILG chief said he had always made sure that in his provincial sorties he dropped by the centers of commerce to get a feel of prices. He noted that milkfish at P90 per kilo wasn’t so bad but that pork was “a bit expensive.”

Roxas said vendors told him about a shortage of pigs, which accounted for the “relatively expensive” pork. He noted that a kilo of pork ranged from P135 to P150 and advised consumers to buy fish instead which he said was “cheaper and healthful.” 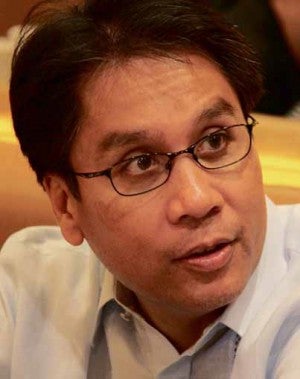 Roxas attended Mass at Basilica Minore for Robredo, a beloved former mayor of Naga who died in a plane crash off the coast of Masbate City on Aug. 18, 2012, while flying home from a speaking engagement as DILG secretary in Cebu City. He later laid a wreath, accompanied by Robredo’s widow, Rep. Leni Robredo, and her family, at Sto. Niño Memorial Park.

Roxas talked fondly of Robredo, whom he said was his friend, as one person who strived to make a decent living and impart the practice of people’s participation in governance and transparency.

“Jesse left the earth better than when he came,” he told a hotel gathering.

Roxas met with leaders of the Liberal Party in Camarines Sur and Camarines Norte with whom he said he “had a fellowship” on the memories and legacy of Robredo.

Close to the heart

A day earlier, Roxas was in Albay to turn over 500 pieces of handguns to the provincial police.

Roxas told police officials the DILG would purchase 75,000 firearms to augment firearms in various police units across the country.

He said to improve police visibility, some 2,000 police patrol cars would also be distributed while 380 new fire trucks would be deployed to address the lack of fire trucks of the Bureau of Fire Protection.

Camarines Norte Edgardo Tallado, a Liberal Party member, said the province would use the fund to build farm-to-market roads in three villages.

That project is close to the heart of Mr. Palengke.