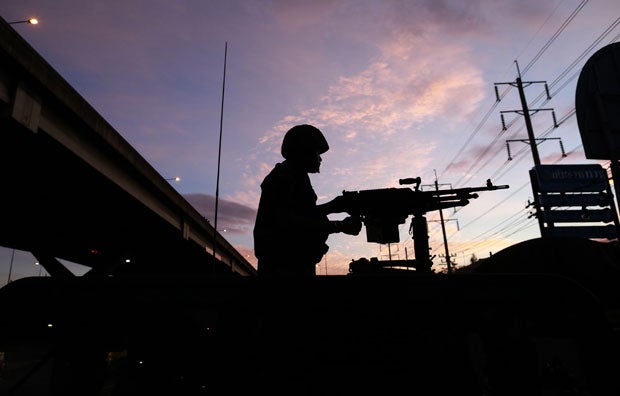 A Thai soldier mans his machine gun atop a military vehicle outside the Centre for the Administration of Peace and Order (CAPO) after soldiers were sent in to seized the center Tuesday, May 20, 2014 in Bangkok, Thailand.  AP

BANGKOK—Thailand’s  new military junta has announced that it has suspended the country’s constitution.

A military statement broadcast on national television Thursday confirmed the nation’s caretaker government is no longer in power but said the Senate will remain in place.

The news came two hours after army chief General Prayuth Chan-ocha announced that the military was taking control of the country after six months of political protests and turmoil.

After the coup, anti-government protesters who have struggled for six months to oust the government dispersed for the first time.