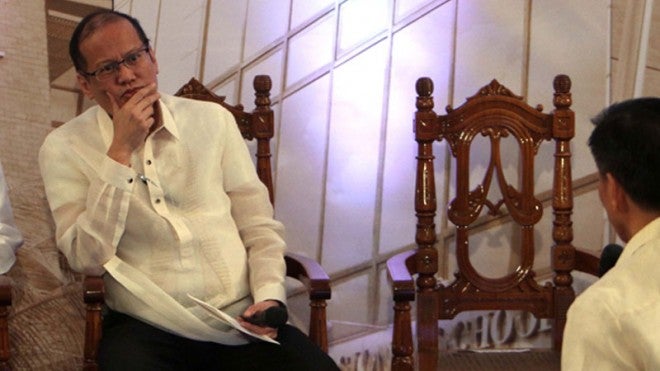 President Aquino on Monday expressed skepticism over a purported complete affidavit from Janet Lim-Napoles that was reportedly due to be released this week, noting the proliferation of supposed Napoles lists of lawmakers said to be involved in the pork barrel scam. LYN RILLON

MANILA, Philippines—President Aquino on Monday expressed skepticism over a purported complete affidavit from Janet Lim-Napoles that was reportedly due to be released this week, noting the proliferation of supposed Napoles lists of lawmakers said to be involved in the pork barrel scam.

“In the papers, her lawyer said the affidavit would add more names, and I’m not sure if it will delist names. In the end, do we expect that everything coming from her is true?” the President told reporters after addressing a conference on tourism and climate change in Legazpi City.

The President recalled receiving an affidavit from Napoles’ camp implicating 14 senators in the racket, including 10 incumbent senators, and another affidavit that dropped the names of three senators.

Napoles is set to submit her purported complete affidavit to Justice Secretary Leila de Lima this week. The Department of Justice will review the affidavit thoroughly before it decides whether to recommend approval of Napoles’ offer to turn state witness, the President said.

“Everything that she’s narrating will have to be vetted. We should be very certain: What is she telling?” he said.

On top of this, Aquino said, Napoles has to pass the criterion that a state witness is not the most guilty.

“Since she’s at the center of this, she’s the connection of all, how can we say she’s ‘not the most guilty?’” he wondered.

Napoles has named at least 11 senators on her signed list of pork-tainted lawmakers that De Lima handed over to the Senate blue ribbon committee on Thursday. In her appearance before the panel last November, Napoles vehemently denied knowledge of the scam.

Before De Lima handed the signed list to the blue ribbon committee, rehabilitation czar Panfilo Lacson and whistle-blower Sandra Cam claimed to be in possession of unsigned lists from Napoles.

Napoles list does not represent the truth, cautions De Lima