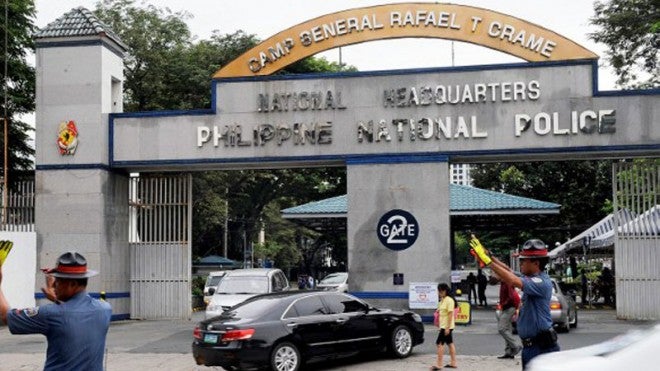 The renovation of a bungalow in its prison complex inside Camp Crame in Quezon City, has been completed. The bungalow is where lawmakers facing plunder charges in connection with the P10-billion pork barrel scam will be held after they are arrested. AFP PHOTO / JAY DIRECTO

The Philippine National Police (PNP) is ready to welcome the newest batch of VIP jailbirds to its prison complex at Camp Crame after completing the renovation of a detention bungalow intended for lawmakers facing plunder charges in connection with the P10-billion pork barrel racket.

A police official, who agreed to talk with the Philippine Daily Inquirer on condition of anonymity, said on Monday that workers hired by the Headquarters Support Service (HSS) finished the construction at Building A of the PNP Custodial Center last week.

He said the HSS had also ordered policemen assigned at the detention facility to vacate their barracks located near the building.

“The painting job has been completed. The lighting fixtures of Building A have also been replaced,” the source said in an interview.

It was possible, he said, that the building was being prepared for Senators Juan Ponce Enrile, Ramon “Bong” Revilla Jr. and Jinggoy Estrada in case the Sandiganbayan order their arrest.

The three had been identified by witnesses and documents as among the lawmakers who made available their Priority Development Assistance Fund (PDAF) allocations to nongovernment organizations of alleged pork barrel scam operator Janet Lim Napoles.

“We were told that the building was being renovated for the senators and congressmen who may be arrested because of the pork barrel scam issue,” he said.

The detention building, located at the back portion of the one-hectare compound, was previously vacant, the source added.

The building is one of the eight detention bungalows within the prison compound, which holds several prominent individuals, among them retired police generals, facing various criminal charges.

It has eight detention cells each measuring about 10 square meters, according to the police official.

The individual cell also has its own toilet and bath which is only “half covered.”

“Like prison cells, it is designed like that to allow prison guards to check what the detainee is doing even while he is taking a bath or using the toilet,” he said.

“Those who will occupy those cells will be literally like birds inside a cage because they’re surrounded by steel bars,” he added.

The source said detainees occupying Building B have been told that they would be transferred to Building C apparently to ensure that individuals linked to the multibillion-peso fund scam would be occupying the same area.

On Monday, HSS personnel were seen conducting a security survey at the unoccupied Building C.

Currently detained in Building B are communist leader Benito Tiamzon and two other alleged communist rebels who were arrested with him and his wife, Wilma, in Cebu last March.

Also occupying the detention building are former policeman Rizal Alih, the longest detainee at the complex who was arrested for the killing of two senior Army officers during the 1989 siege of Camp Cawa-Cawa in Zamboanga City, and several Moro rebels.

This early, some policemen have expressed concern regarding the government’s plan to detain the lawmakers at the Custodial Center.

“I think they’re too much for us to handle,” said a junior police officer.

“It’s very possible that they will use their influence to enjoy some perks for their convenience. If that will happen, we might be at the mercy of powerful politicians,” he lamented.

Senior Supt. Wilben Mayor, spokesman of PNP Director General Alan Purisima, insisted that the renovation in the detention buildings at Camp Crame was just part of the PNP’s regular program to upgrade its facilities.

“This is not intended for a particular group. The PNP just wants to be ready for any situation,” Mayor told reporters.