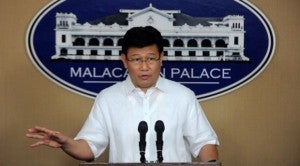 MANILA, Philippines—An ambitious project to restore more than a million hectares of watershed areas in four major river basins is now underway, the Department of Environment and Natural Resources (DENR) said on Thursday.

The four river basins are Chico in the Cordillera Region, Wahig-Inabanga in Central Visayas, Bukidnon in Northern Mindanao and Lake Danao Watershed in the Autonomous Region in Muslim Mindanao.

“Inremp is akin to the National Greening Program because it also targets to rehabilitate some one million hectares using 58 million indigenous tree seedlings that will be raised and grown under the project,” Paje said in a news release.

Aside from helping restore past biodiversity losses, Paje said the project—which started in 2013 and would run until 2020—sought to provide livelihood to some 350,000 households living in 2,201 villages sitting on the four river basins.

The program adopts an “integrated cross-sector approach” to river basin management in order to improve the symbiotic relationship between existing economic activities and conservation practices on the river basins, he said.

“We are looking at the Inremp as a model on how to harmonize development and conservation issues, especially on biodiversity and climate change, in critical watershed areas that are located within these upper river basins,” Paje said.

The environment chief also cited the importance of Inremp to global efforts to reduce greenhouse gases as the program seeks to bring down carbon dioxide emissions from forest activities.

All four watersheds are rich in flora and fauna, and are major providers of water for major agricultural and industrial activities such as irrigation, power generation and local tourism, Paje said.

River basins are composed of ecologically and economically important watersheds that drain water through rivers and other tributaries. Water resources in river basins are indispensable for domestic, agricultural, industrial and other purposes.

Chico is a major river in the Cordillera Administrative Region and is a main source of water for irrigation at its origin in Mt. Province for vegetable production and downstream in Kalinga for rice production, making the province as the region’s rice granary, according to the DENR.

It also has the potential to generate 1,000 megawatts of power.

The Upper Bukidnon River Basin and the Lake Lanao Watershed feed the six major rivers of Mindanao, including Cagayan River and the Rio Grande. They also supply water to rivers that irrigate the rice lands of Mindanao, the DENR said.

The Bukidnon river basin provides 250,000 cubic meters of water per hour to Cagayan, Tagoloan and Pulangi rivers for irrigation. It also supports the operation of the Pulangi Hydroelectric Power Plant that supplies 25 percent of Mindanao’s power needs.