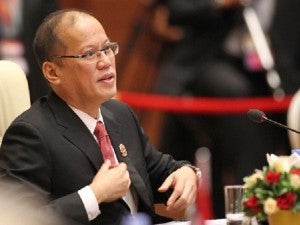 “You know I am always asked about a Cabinet revamp and I wonder why,” he said in an interview with media during the sidelines of the 24th Association of Southeast Asian Nations (Asean) Summit on Sunday.

He said he understands if his appointed officials would feel pressured and would later decide they wanted to return to the private sector.

“There is a point, I guess, everybody will have a saturation point,” he said.

He later added, “But at this point in time, nobody is yet being replaced.”

Aquino also pointed out that Juico was first hesitant in accepting her position as PCSO chair.

“So for her to have rendered service all this time is, I think, [it would be] suffice to say ‘thank you,’ [to her]” the President said.

Juico’s resignation was said to have surprised many of her colleagues. She said she wanted to devote more time with her family. Reports said Liberal Party member and Cavite Congressman Ireneo “Ayong” Maliksi was being groomed to replace her.

Asked what he thought about the criticisms hurled against Juico, Aquino merely said she had served not only his administration but also his mother’s. Juico was the social secretary of the late President Corazon Aquino. She was part of the PCSO board for 17 years.

“What I know about the resignation of the former head of the Office of Civil Defense, Undersecretary Ed del Rosario, is that he resigned for health reasons and wanting to go back to the private sector,” Coloma said.