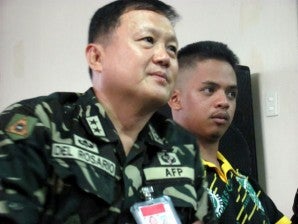 Del Rosario was appointed as NDRRMC Executive Director in February last year after his predecessor Benito Ramos resigned to spend more time with his wife who was suffering from diabetes.

A retired Army general, del Rosario was criticized for the government’s slow response to super typhoon Yolanda (international name: Haiyan) last November and for his alleged hand in controlling the number of fatalities due to “Yolanda” which wreaked havoc in Visayas, an accusation he has denied.
He also headed Task Force Kalihim in 2012, the lead unit of the search and recovery operations of the ill-fated plane boarded by the late former Interior Secretary Jesse Robredo.

The resignation is still subject to the approval of President Benigno Aquino III, Balido said.