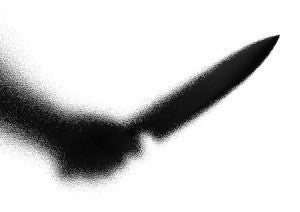 MANILA, Philippines—After weeks of estrangement from her husband, a woman was found murdered inside a Quezon City computer shop the couple owned on Mother’s Day.

Patricia Andrea Divino, 30, had stab wounds on her chest and back when her family discovered her body at a computer shop on Champaca Street, Barangay Pasong Putik.

Her husband, Joseph Divino, 33, is being eyed as the suspect in the killing after he reportedly left behind a letter to his child, seeking forgiveness for what happened.

The woman’s family learned about the murder at around 7 a.m. Monday after the couple’s 11-year-old daughter turned over a letter from her father to the victim’s mother, saying, “Wala na si Mommy (Mommy is gone).”

The case investigator, PO2 Jogene Hernandez, said the killing happened at the shop which the couple jointly owned and was in their neighborhood as well.

Prior to the killing, the couple had been living apart for two weeks after the wife accused her husband of beating her up before the barangay (village) authorities.

Hernandez said the husband, a massage therapist, allegedly had a jealous streak and suspected the woman, a crew of the Max’s restaurant chain, of having affairs.

The woman left their conjugal abode two weeks ago and decided to live temporarily in their computer shop.

On Sunday night, the suspect went to his in-law’s house, which was near the computer shop, in an attempt to ask out his wife to dinner.

However, the wife and her family refused.

Accompanied by authorities, the victim’s mother Vivian Atazan went to the computer shop and forced it open to see Divino’s bloodied body lying on the floor.

Hernandez said the suspect might have used a piece of long, broken glass from a window jalousie in stabbing his wife until she died.