SC rules legal wife’s rights to hubby’s body over his No. 2 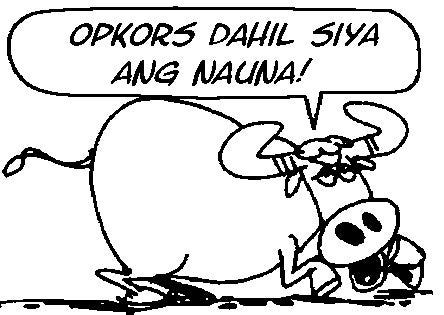 MANILA, Philippines—Even the Supreme Court sympathizes with the legal wife.

In a decision released Tuesday, the high court en banc voted 13-2 to recognize the legal wife’s rights to her husband’s remains even if he had been cohabiting with another woman for 15 years.

“(It) is undeniable that the law simply confines the right and duty to make funeral arrangements to the members of the family to the exclusion of one’s common law partner,” said the court decision written by Justice Jose Mendoza.

The high court’s ruling coincided with the popularity of a current television drama series—titled “The Legal Wife”—in which two women are fighting for the love of one man, who is married to one of them. Based on social media posts about the show, the viewers appear more sympathetic to the wife.

The Inquirer withheld the real names of the parties in the present case out of respect for their privacy and in compliance with the Family Courts Act, which states that the identities of parties in family cases may not be divulged unless authorized by the judge.

The case stemmed from a complaint filed by the man’s wife in the Quezon City Regional Trial Court against the live-in partner, who had described herself as the legal wife in the man’s death certificate.

The complainant, who was abroad with her children when the husband died, also asked the lower court to exhume the husband’s remains from the live-in partner’s family mausoleum.

The legal wife said the burial was without her consent, thus denying her and her children their right to have him buried in the Novaliches cemetery, where he had bought burial lots.

The man was buried by the live-in partner in her family’s mausoleum in Parañaque City.

The complainant said the live-in partner also tried to gain financially by claiming her husband’s insurance benefits and recovering his bank deposits.

The live-in partner, however, said it was the man’s last wish to be buried with her own family. She also filed a countersuit for damages.

In 1998, the Quezon City court dismissed both suits.

The dispute between the legal wife and the live-in partner earlier resulted in the filing of administrative charges against the judge for taking more than two years to resolve the case. The Supreme Court fined the judge—who had already retired—P40,000 for simple misconduct.

The legal wife also accused the judge of being biased against her because he himself allegedly had a mistress. This suit was dismissed by the high court for lack of merit.

In his decision, the Quezon City judge opined that because the live-in partner had lived with the husband for a very long time, she knew very well that it was his wish to be buried at her family’s mausoleum.

The judge also took into consideration that the legal wife had gone abroad at the time the husband was facing his final illness.

Considering that the legal wife “did not show love and care for him” and that it was the live-in partner “who performed all the duties and responsibilities of a wife,” the judge ruled that it could be reasonably presumed that the husband wished to be buried in the mausoleum.

The judge also said the exhumation and transfer of the husband’s body to the cemetery plot of his legal family “would not serve any useful purpose and so he should be spared and respected.”

The legal wife disagreed with the court’s ruling and elevated the case to the Court of Appeals, which in 2008 ordered the exhumation of the husband’s remains and its transfer to the family plot of the legal wife.

The Supreme Court, acting on the appeal of the live-in partner, ruled it was apparent that the husband’s burial wishes were unclear since both women presented different claims about where he should be buried.

“Considering this ambiguity as to the true wishes of the deceased, it is the law that supplies the presumption as to his intent. No presumption can be said to have been created in the (live-in partner’s) favor, solely on account of a longtime relationship with [the man],” the court ruled.

The justices said that it could not be surmised that just because the legal wife was unavailable to bury her husband when he died, she had already renounced her right to do so.

“Should there be any doubt as to the true intent of the deceased, the law favors the legitimate family,” the court ruled.

As to the live-in partner’s contention that there was no point in exhuming the husband’s remains, the justices said this not only violated the legal wife’s and her children’s right but “also disrespects the family because the remains of (the) patriarch are buried in the family plot of his live-in partner.”

Nevertheless, the justices said they found “laudable” the acts of the live-in partner in taking care of the husband during his final moments and giving him a proper burial.

For her sacrifices, it would be “unkind” to assess actual and moral damages from her, as the legal wife had wanted.

Love triangle ends in death of one

Should she pursue friendship with a married man?